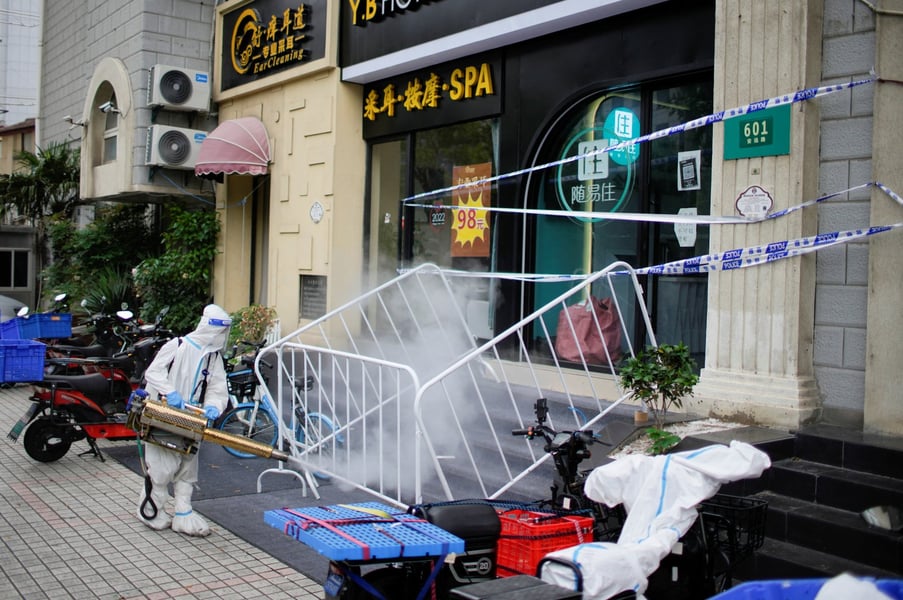 Shanghai plans to end the prolonged lockdown on June 1 despite, announcing on Friday its first new cases of the COVID-19.

Shanghai found three new cases in the same family in Qingpu district as their infections were discovered during regular testing.

Authorities said the three had not left their district town over the past 14 days but had visited at least four places, including a supermarket, all of which were sealed off and were being disinfected.

It added that more than 200,000 people in the area had been re-tested and all results were negative.

Steps to re-open Shanghai are going ahead, with suburban parks due to open from Sunday. Other parks could open from June if they met certain conditions but leisure facilities in parks would remain closed.

A plan to reopen 4 metro lines from Sunday also remained on track, the city government said.

To keep the virus at bay, many cities have set up municipal border controls, conduct frequent mass testing, and monitor and isolate new infections, including through building lockdowns.