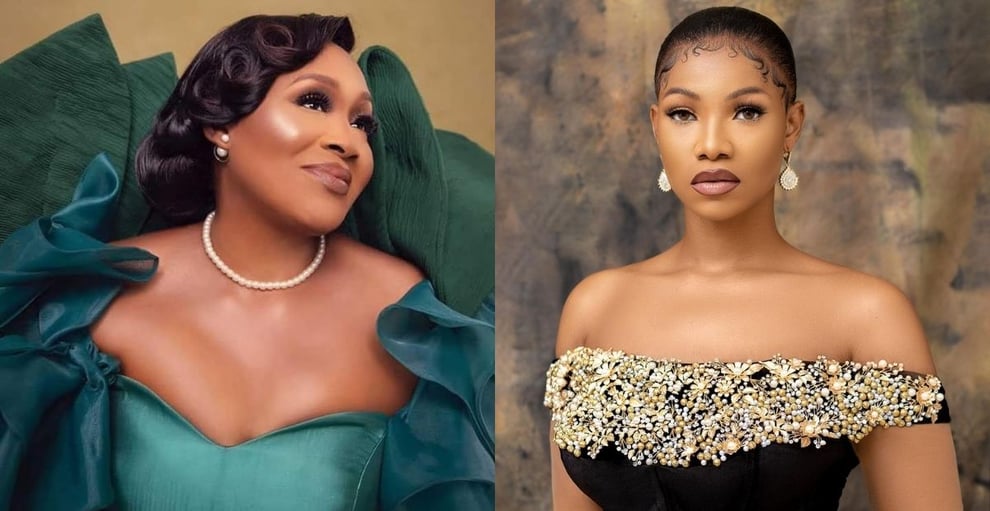 Controversial investigative journalist Kemi Olunloyo is on reality star Tacha's neck again as she lists the conditions that will make the former Big Brother Naija housemate sell out the O2 Arena, London.

On her Twitter page, Olunloyo asked Tacha to get good vocal skills and learn how to spell her hometown 'Port Harcourt' correctly.

The 57-year-old self-proclaimed gun activist added that Tacha also has to have good personal hygiene by using deodorant to put an end to her body odour.

Lastly, Olunloyo agreed that Tacha is quite successful but stated that she will definitely sell out Port Harcourt prison.

"Tacha will sell out the 02 when she gets good vocal skills, knows how to spell her home town Port Harcourt and display good personal hygiene using deodorant to end body odor.

"She’s quite successful and will definitely sell out Port Harcourt prison #PHMax concerts." 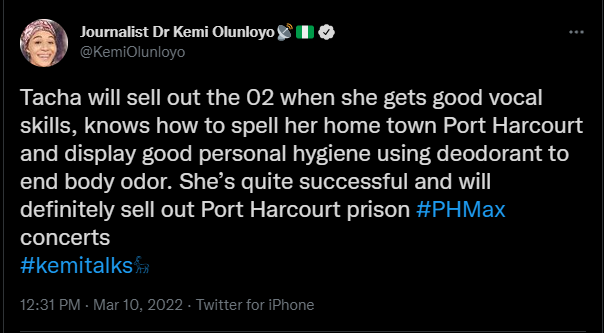 Her comment made Tacha-stans known as 'Titans' trend "TACHA WILL SELL OUT O2" on the microblogging app, Twitter.