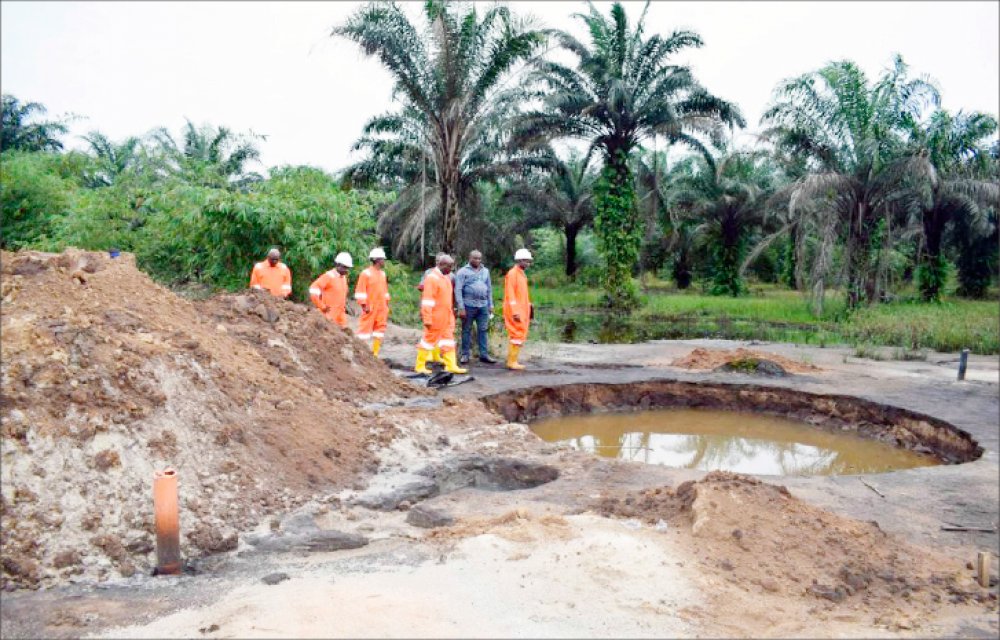 SPDC’s Media Relations Manager, Mr Bamidele Odugbesan, confirmed the leakage and said that a probe into the incident had been concluded.

A Joint Investigative Visit’s (JIV) report obtained by the News Agency of Nigeria (NAN) on the incident on Thursday confirmed that the incident occurred on April 7, while the investigation was concluded on April 12.

JIV is a statutory probe into the cause of any recorded spill incident involving the oil firm, regulators, host communities, and state ministries of the environment.

The JIV report concluded that the spill was an operational mishap traced to equipment failure which impacted nearby palm trees and fish ponds.

It recommended remediation of the site.

The report indicated that an estimated 1.34 hectares of land was polluted by the leakage which followed a rupture on the pipeline.

According to the report, out of the 213 barrels of SPDC’s bonny light crude stream leak, some 110 barrels are recoverable from the ongoing recovery exercise at the site, leaving an estimated spilled volume at 109.12 barrels.

The JIV report, which anticipated that oil recovery would be concluded before the end of April, also recommended replacement of sections of the pipeline to restore its integrity.

OPEC+ Agrees To increase Oil Production In May

Petrol Price Won't Be Increased In May - NNPC