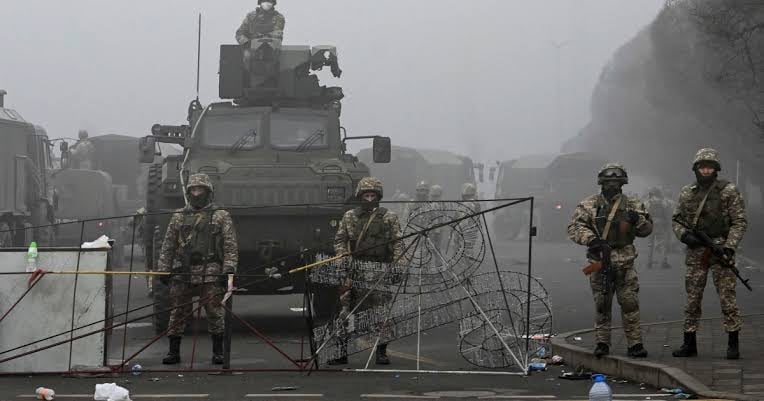 Amid mass protests in Kazakhstan, the country’s president, Tokayev has ordered security forces to “shoot to kill without warning” as unrest continues in the country.

In an address on Friday, the President warned protesters that they would be destroyed in a forceful counterterrorist operation.

On Friday, gunshots could be heard near the central square in tAlmaty, where protesters had battled with security forces a day earlier.

The protests began over hike in fuel price, but have since degenerated into violent anti-government riots.

In the protest which is almost a week old, dozens of people including the police and protesters have been killed.

The crisis going on in the country is the worst Kazakhstan has seen since gaining independence.

According to the Interior Ministry,18 police officers and national guard service members have been killed. Over 3,000 had been detained since the protests began last weekend.