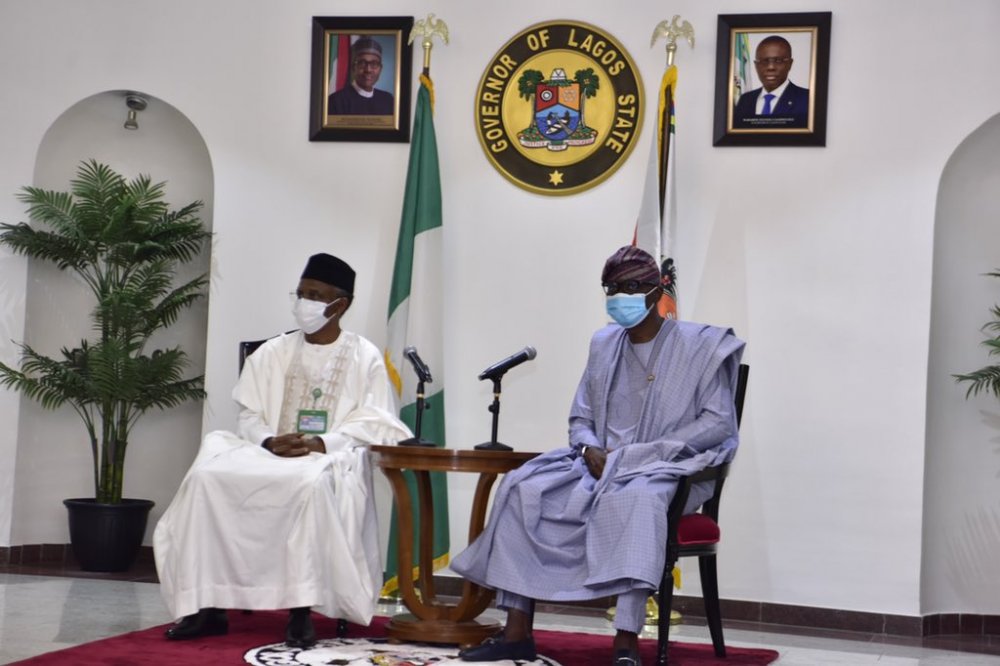 The Governor of Kaduna State, Nasir El-Rufai, has said that the sight of the destruction in the city of Lagos brought him to tears.

The governor expressed his view on the destruction of the city during a visit to the Lagos State Governor, stating that “I have spent time to see some of the pictures of the destruction done on public properties in Lagos and I nearly shed tears.”

El-Rufai's remarks were quoted by the  Chief Press Secretary to the Lagos State Governor, Gboyega Akosile, in a statement.

In the statement, El-Rufai said, “Anyone who cares about development and progress will cry after seeing what has been done to public facilities and people’s investment that provided jobs to youths.”

He said that the  Lagos State Government would need to reinvest its "scarce resources" into the rebuilding of the properties that were affected.

He said, “The Government of Lagos and the Federal Government will have to re-invest scarce resources that could have been used for other things to rebuild the vandalised facilities.”

El-Rufai said that individuals who benefited from the violence used "the protest to achieve their agenda of wreaking a large-scale destruction on public assets and infrastructure in Lagos.”

Expressing support for the state government, El-Rufai said, “We will do whatever support Lagos needs from us to get back better.”