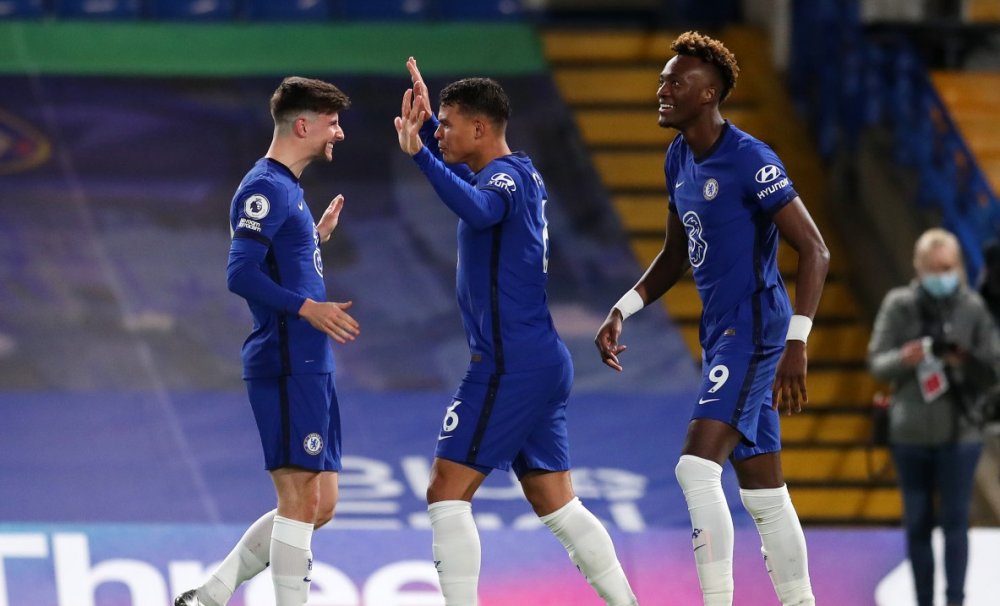 Chelsea enjoyed a strong start to the season before losses to Everton and Wolves checked their progress but the victory at the London Stadium lifts them into the fifth spot.

Champions Liverpool has opened up a five-point gap at the top of the table but behind them, just seven points separate second-placed Leicester from 11th-placed Wolves.

"It was nice to see that at the end because we had a period at 1-0 where it was tough, we dealt with that well," Lampard said in the post-match press conference.

"We dropped off slightly and it was important tonight we came back," he added. "There were loads of things for the team to show their character -- we want more.

"Christmas has been changed for everybody this year. For the lads we just have to prepare for Arsenal, it's a busy time of year for us."

West Ham had the ball in the net in the seventh minute after a cleverly worked free-kick but Declan Rice was denied by the off-side flag after an impressive finish from a tight angle.

The Brazilian found the net from close range after a well-timed run, leaving West Ham goalkeeper Lukasz Fabianski rooted to the spot.

Chelsea enjoyed the lion's share of possession after their goal without creating much of note but West Ham worked their way into the game as the half wore on.