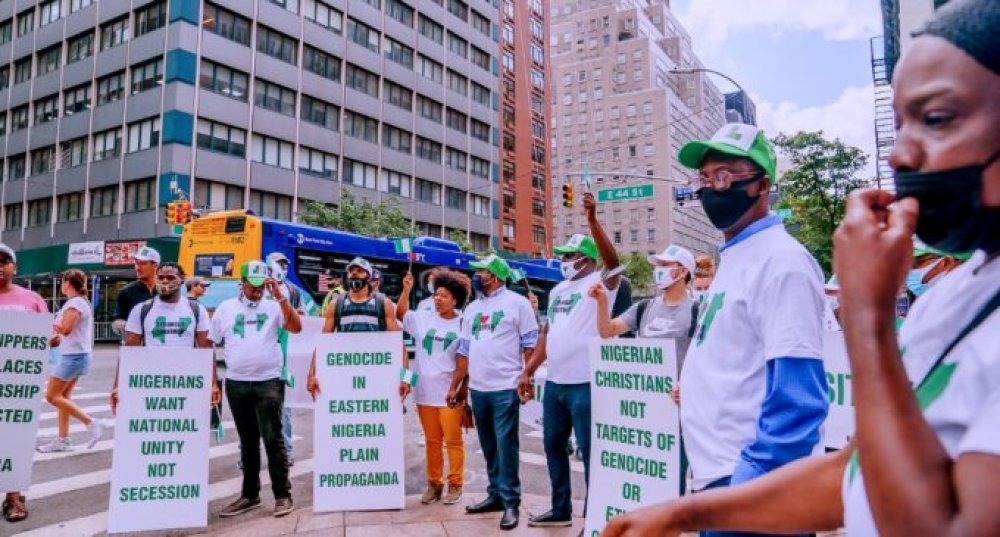 Simon Ekpa, a self-professed disciple of Nnamdi Kanu, leader of the outlawed Indigenous People of Biafra (IPOB) on Thursday said that reports of Nigerian government paying $500 per black American to stage One Nigeria march in New York, USA "is a confirmation that we have destroyed the evil entity called Nigeria".

Recall that Prof. Banji Akintoye, the Chairman of Nigerian Indigenous Nationalities Alliance for Self-Determination (NINAS) recently made an allegation, saying the Muhammadu Buhari administration is hiring black foreigners to show support for the Nigerian president and the country's unity.

According to Prof. Akintoye, the pro-Nigeria demonstration will be staged opposite the United Nations (UN) Headquarters in New York on Friday, September 24, 2021. 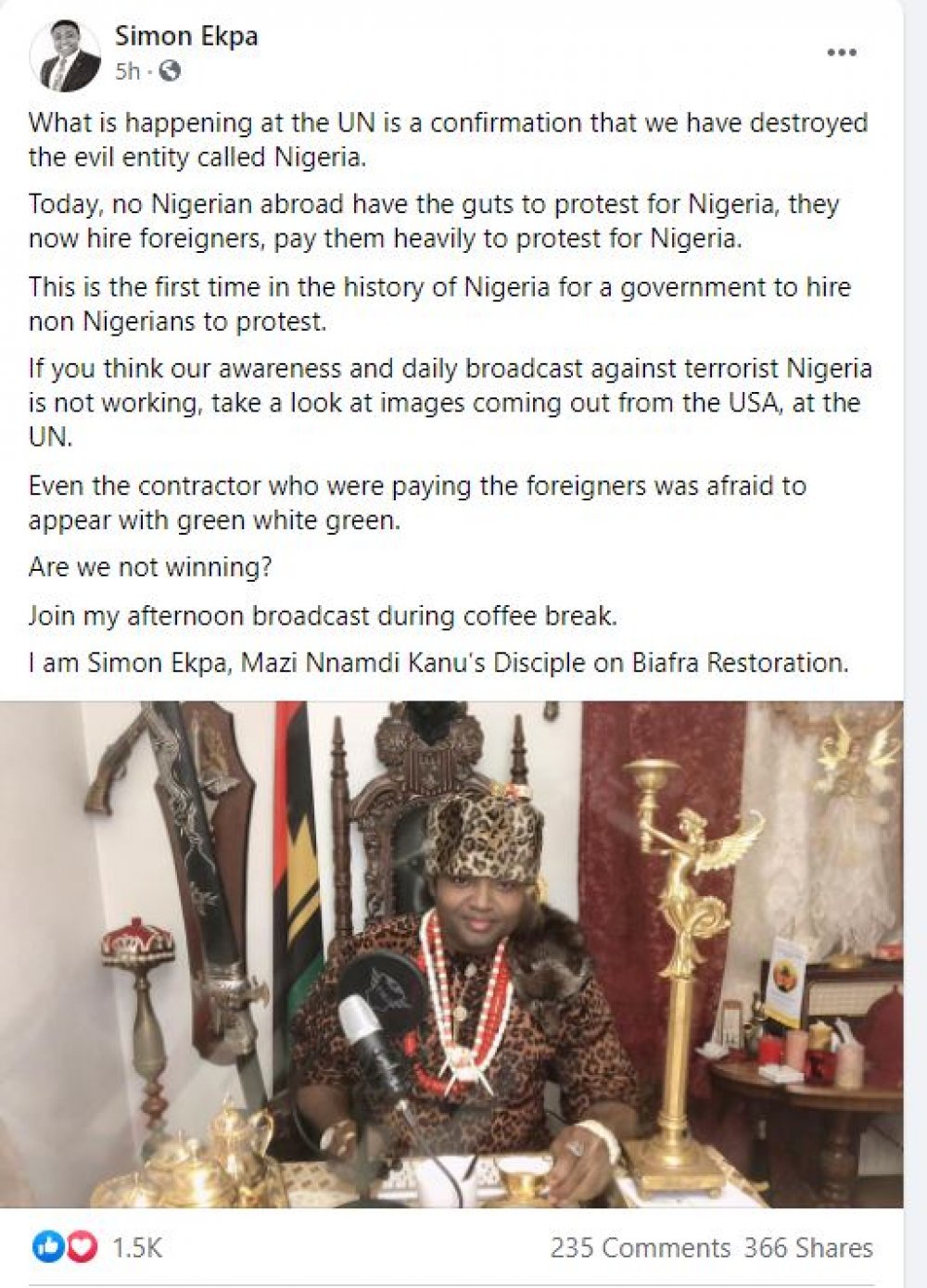 "What is happening at the UN is a confirmation that we have destroyed the evil entity called Nigeria," Ekpa wrote via his known Facebook page.

"This is the first time in the history of Nigeria for a government to hire non-Nigerians to protest.

"If you think our awareness and daily broadcast against terrorist Nigeria is not working, take a look at images coming out from the USA, at the UN.

"Even the contractor who were paying the foreigners was afraid to appear with green white green.

"Are we not winning?"

Separatist campaigners: Yoruba Nation agitators, IPOB and other agitators from the South and the Middle Belt- have since last week been converging at the UN for their one-million-man freedom march.

The protest coordinated by NINAS, has protesters demanding that the UN supervise referendums in the southern parts of Nigeria.