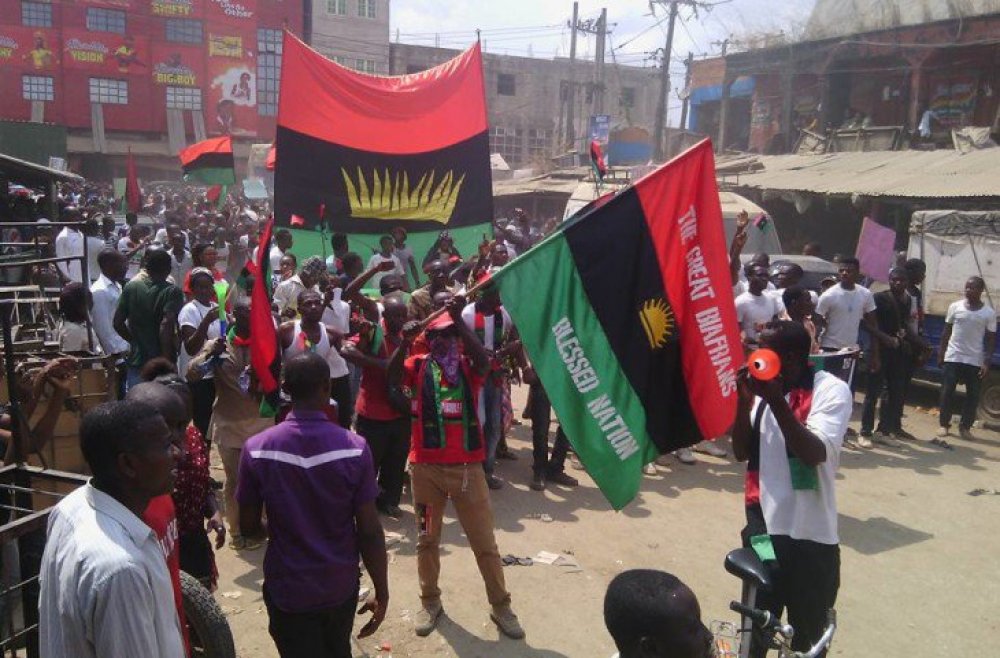 The Abia Government has asked residents of the state to disregard the sit-at-home order by the proscribed Indigenous People of Biafra (IPOB).

The government’s directive is contained in a statement issued in Umuahia by the Commissioner for Information, Chief Okiyi Kalu.

IPOB on July 30 ordered sit-at-home in the South-East every Monday, until its leader, Nnamdi Kanu, is released from the custody of the Department of State Services (DSS).

It threatened to shut down economic activities in the region.

Reacting to the order, Abia government advised “law abiding citizens and visitors to go about their normal businesses without fear of molestation”.

Kalu stated that adequate security had been provided to ensure the safety of lives and property in all parts of the state.

He added that it made no economic sense to order traders to sit at home, while they are struggling to fend for their families under COVID-19 and the attendant harsh economy.

He further warned that compelling the children to stay away from schools would be counterproductive and capable of retarding their progress academically.

The commissioner, however, noted that it would not compel anyone wishing to sit at home for any reason whatsoever not to do so.

Kalu pointed out that “as citizens have freedom of movement under the extant Constitution of the Federal Republic of Nigeria, we wish to strongly advice that nobody should also compel or enforce any sit at home order from any non-state actor”.

He said that “doing so will does not serve any known interests of the people of the state”.

The commissioner stated that government was “actively monitoring the situation with Kanu, who is an indigene of the state, currently undergoing trial at a Federal High Court in Abuja”.

“We remain in touch with his family members, other relevant persons and institutions, and receive regular updates through them on the situation.

“The Abia Government is confident that the judiciary will ensure a free and manifestly fair trial for him and others,” the commissioner further stated.

He admonished residents and visitors “to continue to be law-abiding and avoid any acts that might lead to a breakdown of law and order”.

He further charged parents and guardians to monitor the activities of their children and wards to ensure they did not engage in unlawful activities that would put them in harm’s way.