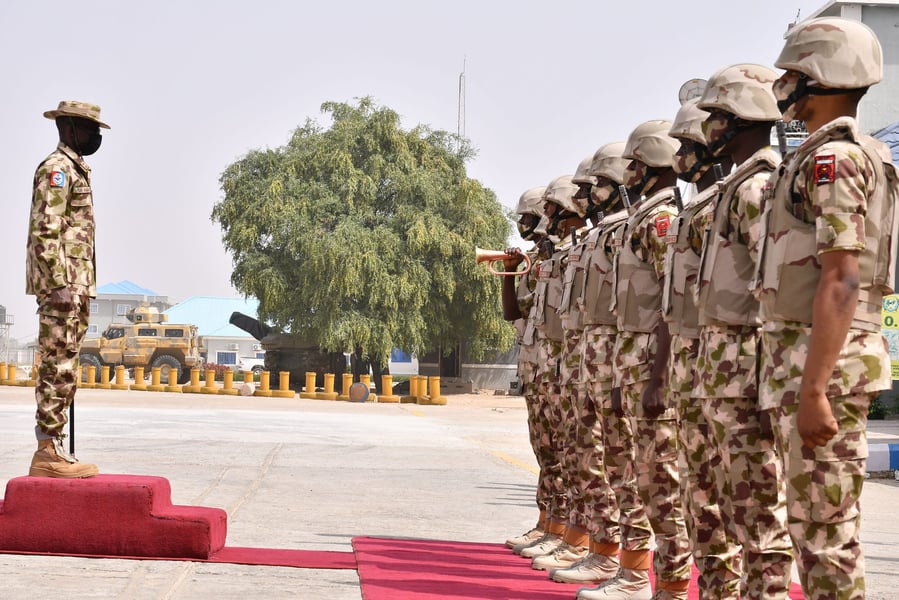 The Nigerian Army has subjected six soldiers to a general court martial for indiscipline and other related offences at the 82 Division of the Nigerian Army, Enugu.

The soldiers involved are between the ranks of corporal and lance corporal.

Lagbaja noted that it was also meant to punish erring personnel as well as act as a deterrent for others not to copy or engage in any act of indiscipline.

According to him, it is an internal mechanism of the Nigerian Army used to put all its personnel in check.

“It leads the Nigerian Army to be a professional and a well-disciplined force.

"It also builds and upholds regimentation and all ethics of the force.

“The general court martial is recognised by the country’s law and constitution,” he said.

The GOC, however, said that the general court martial provides justice to all - both to the accused, the state (Nigerian Army) and the entire society.

“However, I urge the penal members not to sacrifice sound judgment and justice on the altar of expeditious or speedy justice delivery,” he noted.

The eight-man panel for the General Court Martial is headed by Col. Dickson Igbokwe.