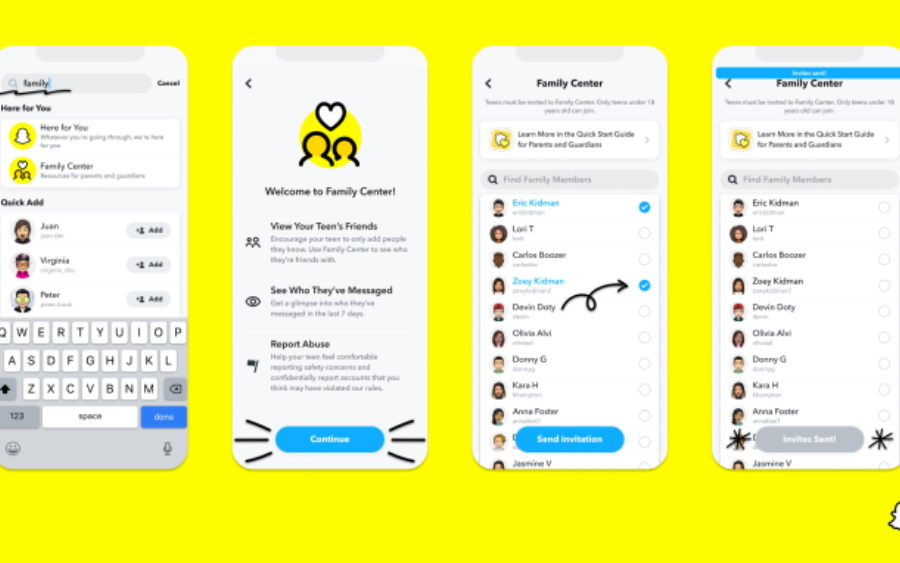 The popular messaging app for teenagers, Snapchat, released its first parental control on Tuesday under the name Family Center.

The new feature would enable parents to see who their children are communicating with but prevents them from viewing the messages' real contents.

Snap, the parent company of Snapchat in a blog post, stated that parents can also report accounts that their kids are friends with if they break Snapchat's rules.

Parents or guardians must download the Snapchat app to their own device in order to link their accounts to their teens' accounts through an opt-in invite process in order to access the new Family Center feature.

Snap promised to offer more capabilities later, one of which will allow parents to view the friends their kids have lately made.

Teenagers will also be able to let their parents know if they report accounts or content.

“Our goal was to create a set of tools designed to reflect the dynamics of real-world relationships and foster collaboration and trust between parents and teens,” Snap said in the blog post.

Legislators, regulators, and activists have questioned Snap, Instagram, TikTok, and other social media companies about the harmful content that appears on their platforms and has led some young people to claim that the apps have exacerbated eating disorders and contributed to other mental health issues. Additionally, Snap has come under fire for allowing kids to purchase drugs like fentanyl using its app.

The parental controls on Snapchat will add to the already-existing limitations on how minors can use the app.

Teenagers' profiles and friend lists are private, and they now need to be mutual friends in order to message each other on the app.

Teenagers must be at least 13 years old to use the app, and they cannot modify their birth year until they are 18 years old.

Snap warns that because the app is not intended for use by children, the feature is only accessible to parents and kids between the ages of 13 and 18.

Parental controls are available in the United States, the United Kingdom, Canada, Australia, and New Zealand.

They will be available abroad beginning this September.