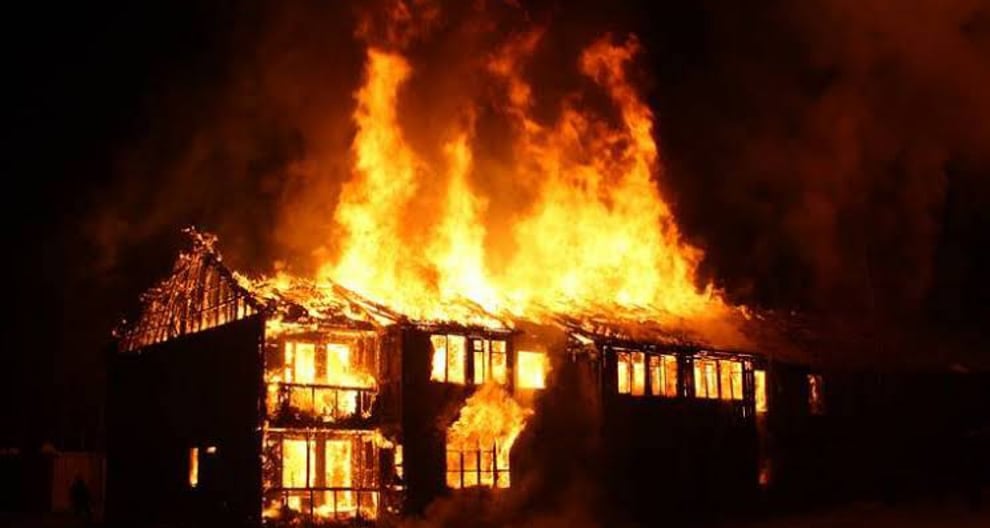 Six people including three children tragically lost their lives in a shack fire during the early hours of Thursday morning, November 24 in Kamesh, Gqeberha, South Africa.

The mother and father of the children who suffered severe burns managed to escape but all their children died in the shack fire.

Sources gathered that the fire was a result of load shedding and that the family went to sleep, leaving a candle burning.

According to the South African Police Service (SAPS), officers responded to the report in Moeggesukkel, Kamesh, at approximately 00:38 on Thursday. The shack was destroyed when they arrived.

Colonel Priscilla Naidu, a spokesperson for the police, said the mother awoke as the shack was already on fire.

The other six people were unable to leave in time, but she and her husband were able to do so by using a window.

While they waited for the fire department to arrive, the neighbours also helped by putting out the flames with buckets of water.

Three additional adults who lived in the house and ranged in age from 22 to 48 also died.

Both her hands and arms were burned when the children's mother was injured. Paramedics attended to her on the scene while the father was treated for burn injuries to his face and arms. He was brought to the hospital for additional care.

Police have started an inquest docket for investigation and have since advised citizens to use alternate lighting during load shedding with extra caution.