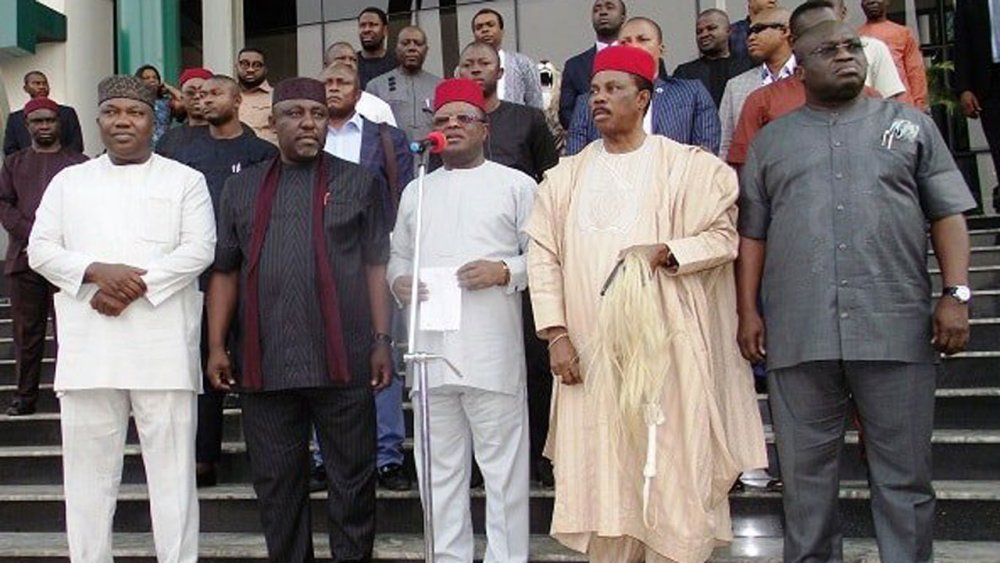 The South-East Governors Forum has stepped into the impasse between the Imo State Governor, Hope Uzodinma, and his predecessor, Rochas Okorocha.

There was a squabble between both sides’ supporters on February 21 when Okorocha allegedly broke into the Royal Spring Palm Estate, Owerri, which was sealed by the Imo State Government on February 19.

Chairman of the forum and governor of Ebonyi State, David Umahi, in a statement signed by his Special Assistant on Media and Publicity, Mr Francis Nwaze, on Monday, said the forum has already stepped into the issue.

Umahi added that contacts have already been made to resolve the impasses and expressed confidence that both parties have agreed to a truce.

“South-East leaders are capable of settling their disputes internally instead of washing their linen in public.

“We sue for calm among the supporters of both leaders to ensure a timely and amicable resolution of the disagreement,” the statement read.

The chairman of the forum urged Imo and South-East citizens to conduct their business peacefully and according to the law.

“They should also shun provocative statements as we work towards restoring normalcy to the situation,” he said.