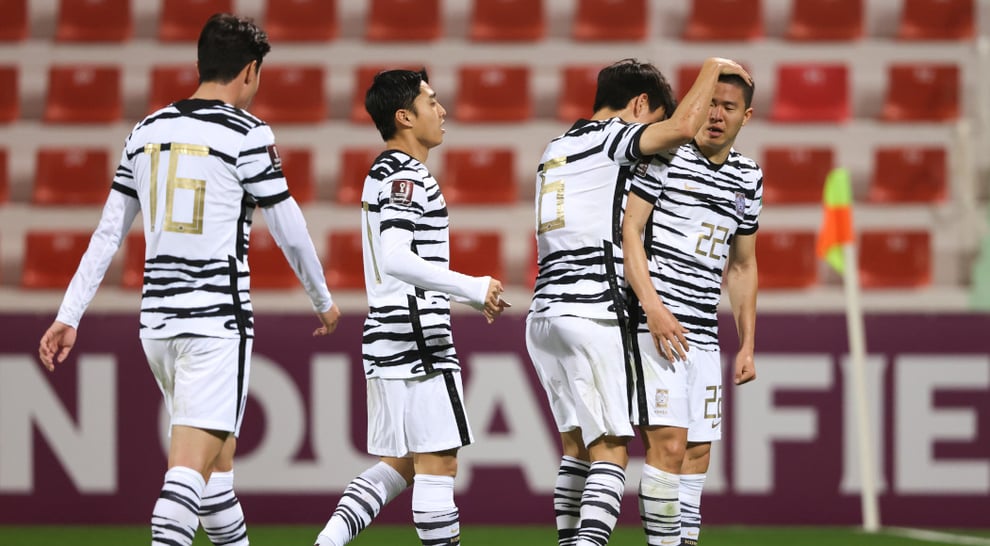 The Koreans have qualified for the 2022 World Cup after having appeared at every final since Mexico in 1986 and came fourth when they co-hosted the tournament in 2002, qualified for Qatar alongside Iran, who had already clinched a place from Asia's preliminary Group A.

Even without injured English Premier League star Son Heung-Min, Paulo Bento's side dominated the game but they did came close to scoring until forward Cho Gue Sung's shot from close in went wide in the 43rd minute.

Two minutes later, Cho, who got the winning goal in the last match against Lebanon, headed the ball against the post.

Kwon Chang-Hoon shot from outside the penalty area to double the score in the 74th minute.

The third-place teams from Asia's two qualifying groups will clash in a playoff for the right to play a South American team for a place in Qatar.

The first World Cup finals in an Arab country will start in Qatar on 21 November.

South Korea have a history of World Cup upsets. They knocked out Italy to reach the semi-finals in 2002 and at the last World Cup in Russia beat Germany 2-0 but failed to reach the knockout rounds.