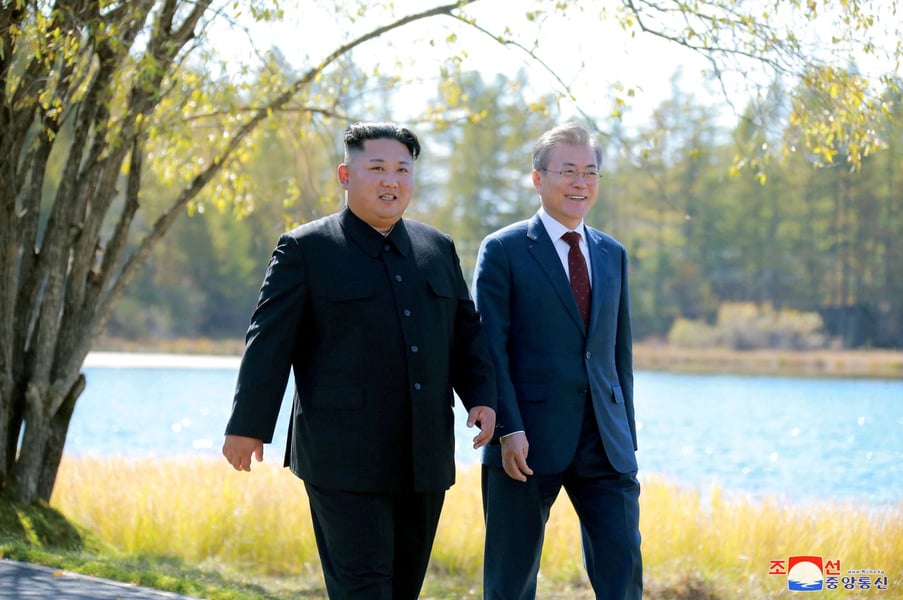 The leaders of North and South Korea exchanged letters expressing hope for dialogue amid a halt in nuclear negotiations.

KCNA said Moon told Kim he would continue to campaign for Korean reunification even after he leaves office next month, basing his efforts on their joint declarations for peace issued after their summit meetings in 2018.

Kim and Moon also shared views that inter-Korean relations would improve and develop as desired and anticipated by the Korean nation if the North and the South make tireless efforts with hope.

Experts say North Korea’s announcement of the letters, which came as Kim possibly prepares for a nuclear test and other major provocations, is aimed at dividing public opinion in South Korea.

Tensions on the Korean Peninsula have risen since a series of North Korean weapon tests this year, including its first flight test of an intercontinental ballistic missile 2017 in March.