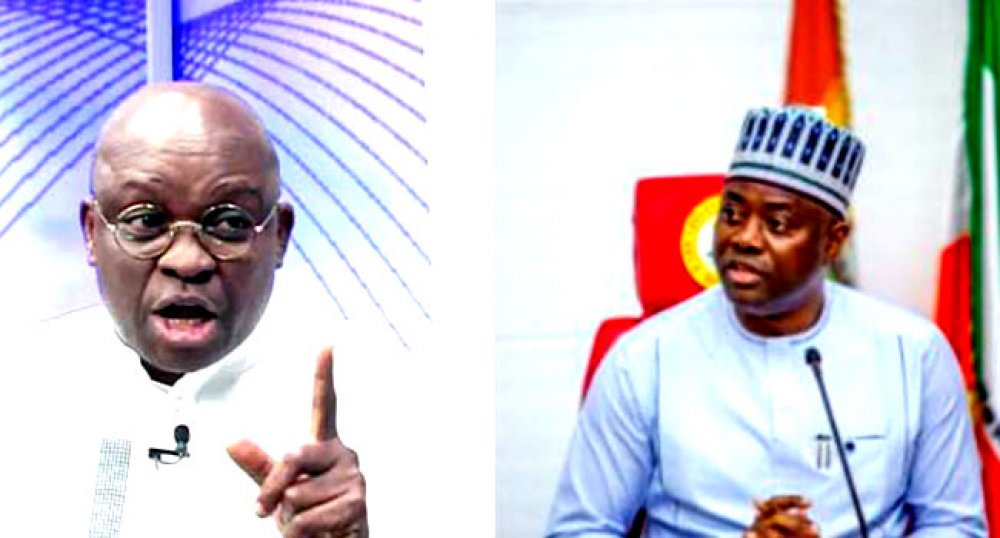 The former Governor of Ekiti State, Ayo Fayose, has said that there is more than meets the eyes when it comes to the issue of the Oyo State Governor, Seyi Makinde and the People’s Democratic Party in the South-West.

Fayose, during an interview on Channels Television’s Politics Today, opined that while Governor Makinde looks quiet, he is deadly.

The former Ekiti state governor was reacting to a viral video that showed some thugs threatening to kill him (Fayose) if he attends the PDP Congress recently held in Osogbo, the Osun State capital.

Fayose alleged that the thugs who were making the threats were associated with Governor Seyi Makinde of Oyo State.

“I have seen this video, what this gentleman was saying at the time, they came to the venue saying we are waiting for you here, we are going to kill you.

“This is the chairman of the road transport workers in Oyo State, this people came with Governor Makinde’s convoy… Everybody knows.

“This is enough to show the whole world if Governor Makinde, a first-time 2-year old governor, yet to be 2-year-old governor is parading characters like this,  it simply shows the kind of people behind him,” the former governor stated.

When confronted that the video is a representation of the character and quality of the people in the PDP, the former governor admitted that it is shameful. He stressed that thuggery is disgraceful for the party.

YOU MAY LIKE: 2023 Presidential Election In Nigeria: Choices Before The PDP

He then alleged that the same thugs recently came to attack him in Ondo state. “These same people came to Ondo and I told Governor Makinde, so I am glad the whole world is seeing this. Governor Makinde you look quiet but deadly” the former governor asserted.

According to Fayose, the thugs being paraded were over a thousand, adding that their threats made him make up his mind to attend the South-West Congress irrespective of the consequences.

He then submitted that the thugs fled upon his arrival, adding that such development is not right for Nigeria and the PDP. He said such an act is condemnable.