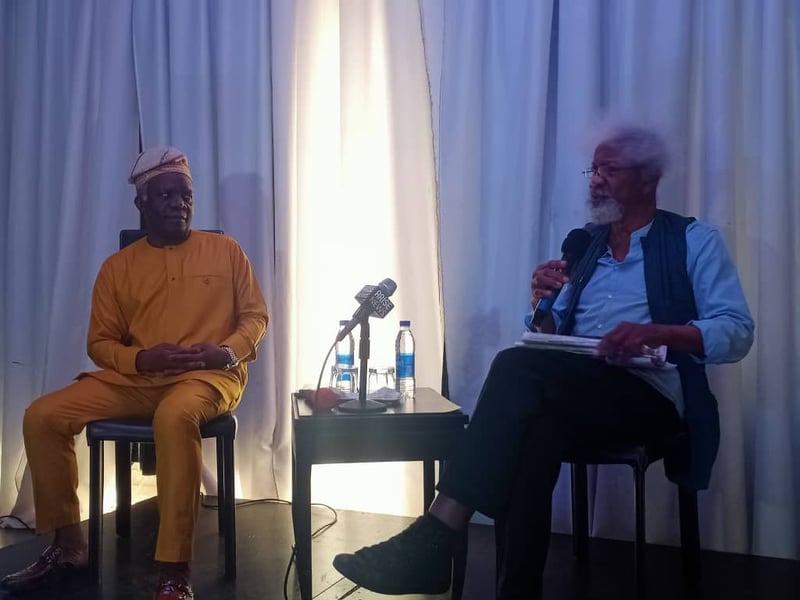 Wole Soyinka seated with Femi Falana (SAN) at a press briefing in Lagos.

Speaking at a press conderence in Lagos, Soyinka emphasized that he only preached against the re-election of former President Goodluck Jonathan, adding that he urged the youth to mobilise for their candidate of choice.

“It is false to say that I supported the election of Buhari,” he said, adding that what he said at the time was “Do not vote for Jonathan.”

He admitted that although he didn’t support Jonathan’s second term bid, he now believes the former president “redeemed himself in such a magnificent way.”

“Buhari never won the election, Jonathan lost it,” he continued.

"In other words, they are looking for someone to blame,” he said.

“Jonathan had a chance to win that election, but he blew it.”

Soyinka further said that President Buhari failed Nigeria at its critical moments, citing when he went to Benue after the killings by herdsmen, and told the people to live with their neighbours.