Soyinka On Buhari's Administration: 'It Takes A Real Genius To Spend Four Years Doing Nothing' 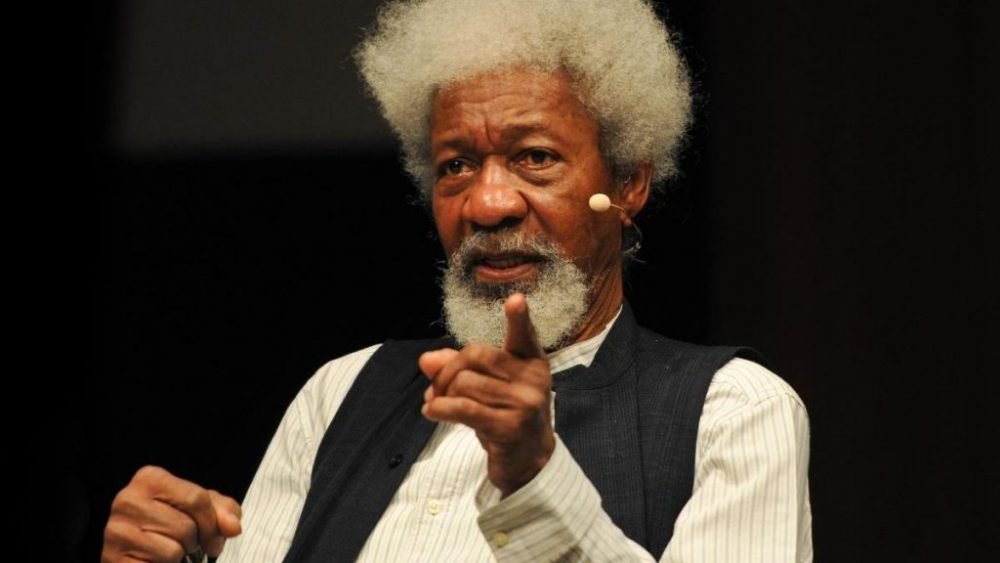 Nobel laureate and playwright, Wole Soyinka, describes the current administration as "genius", as he says that it had spent "four years actually doing nothing."

The words of the playwright echo those of the former President Olusegun Obasanjo, who decried the state of the nation, stating that it was further divided under  the Buhari-led administration; a comment that led to the Presidency dubbing him the "divider-in-chief".

In a statement issued by Soyinka titled, ‘Between dividers-in-chief and dividers-in-law’, he said that the former president was culpable in the "crumbling edifice" that is Nigeria, he said Obasanjo was a “co-architect of the crumbling edifice that is still generously called Nigeria”.

The statement read, “I am notoriously no fan of Olusegun Obasanjo, General, twice former president and co-architect with other past leaders of the crumbling edifice that is still generously called Nigeria. I have no reasons to change my stance on his record. Nonetheless, I embrace the responsibility of calling attention to any accurate reading of this nation from whatever source, as a contraption teetering on the very edge of total collapse,” he said.

“We are close to extinction as a viable comity of peoples, supposedly bound together under an equitable set of protocols of co-habitation, capable of producing its own means of existence, and devoid of a culture of sectarian privilege and will to dominate.

“The nation is divided as never before, and this ripping division has taken place under the policies and conduct of none other than President Buhari – does that claim belong in the realms of speculation?

“Does anyone deny that it was this president who went to sleep while communities were consistently ravaged by cattle marauders, were raped and displaced in their thousands and turned into beggars all over the landscape? Was it a different president who, on being finally persuaded to visit a scene of carnage, had nothing more authoritative to offer than to advice the traumatised victims to learn to live peacefully with their violators?

“It takes real genius to succeed in spending four years actually doing nothing. What it fails to do, or what it does wrongly, deceitfully or prejudicially is what concerns the citizenry.

“To reel off any achievements of a government – genuine or fantasised, trivial or monumental – is thus to dodge the issue, to ignore the real core concerns. No government, however inept, fails to record some form of achievement – this was why it were elected.

“What it fails to do, or what it does wrongly, deceitfully or prejudicially is what concerns the citizenry. Across this nation, there is profound distrust, indeed abandonment of hope in this government as one that is genuinely committed to the survival of the nation.

“National divisiveness? Just where does culpability lie? Does centralist usurpation divide or bind? The answer is obvious in daily effects.”