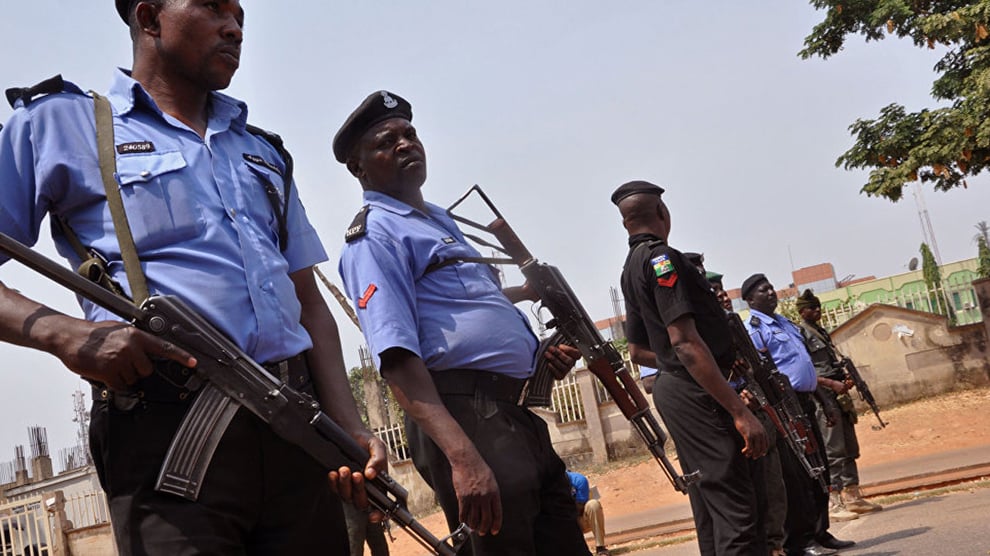 Medical doctors have been urged by the Lagos State Police Command to stop requesting a police report before treating gunshot victims.

This was made known by the Police Public Relations Officer in Lagos State, SP Benjamin Hundeyin, in a tweet on his Twitter handle @benhundeyin.

He urged medical doctors to provide immediate medical attention to such victims before notifying the police.

According to the Compulsory Treatment and Care of Victims of Gunshots Act, any hospital in Nigeria, whether public or private, shall receive and accept for immediate treatment anyone with a gunshot wound.

In his tweet, Hundeyin said: “I am shocked to learn that a few doctors still request police reports before treating gunshot victims.

"Kindly provide immediate medical attention as stipulated by medical ethics. Then notify the police accordingly. One of our core mandates remains: protection of life.” 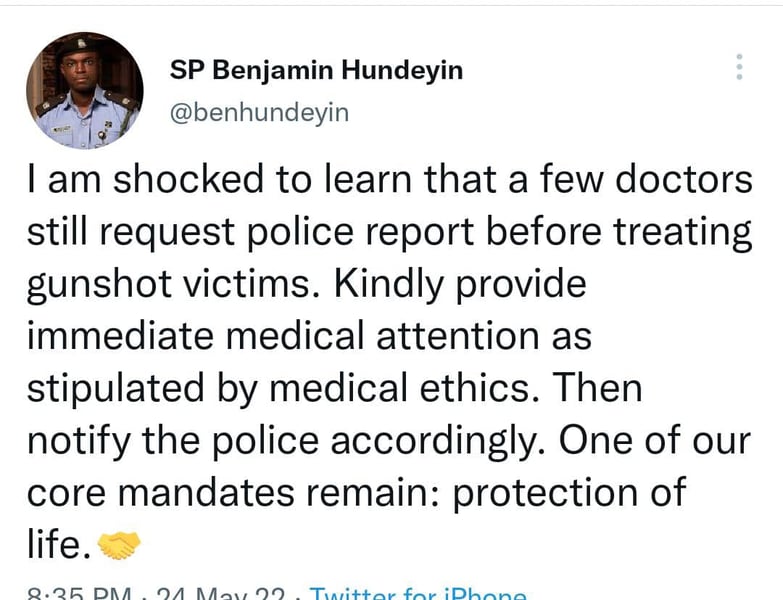