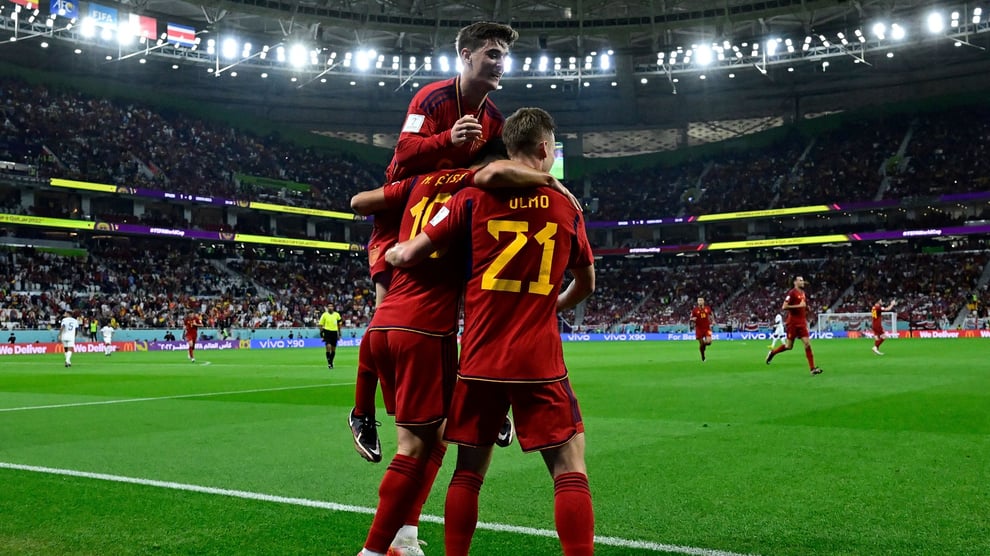 It was a very easy game for Spain and an enduring 98 minutes of play for Costa Rica who couldn't get a single shot, not even a single shot on target.

Dani Olmo opened the scoring in the 10th minute, smooth control and composure to bring Gavi's pass down and a quick chip over outrushing Keylor Navas to give Spain the lead.

Real Madrid Marco Asensio made it 2-nil, getting on the lowball in from left-back Jordi Alba to bury a volley past former teammate Navas.

In his traditional burst into the box, Duarte brought down Alba in the box, the referee points to spot without hesitation. Ferran Torres stood over the ball, he ran, halted and dinked the ball into the net, sent Navas the wrong way.

Spain were not done with goalscoring as they quickly extended their lead to 4-0 in the 54th minute, an awful defending from Costa Rica gave Torres the ball back as he turned to blast the ball into the net.

From then on, it was smooth sailing for Spain as Gavi breaks yet another record. Going into the game, he was already Spain's youngest-ever player at a World Cup but also joined the ranks of Pele to be the third youngest scorer at a World Cup.

A cross from Morata after an earlier attempt to score was met with the outside foot of Gavi to keep everyone watching as the ball rolled into the net.

Substitute Nico Williams Jr. raced in on the right, sent in a low ball, Navas punched it into the path of Carlos Soler who shoot it back into the net.

Morata rounded up the humiliating defeat with the 7th goal of the match to give Spain their biggest-ever victory in the competition.

Spain sit comfortably at the top of Group E with 3 points and 7 goals levelled on points with giant-killing Japan who defeat Germany 2-1.