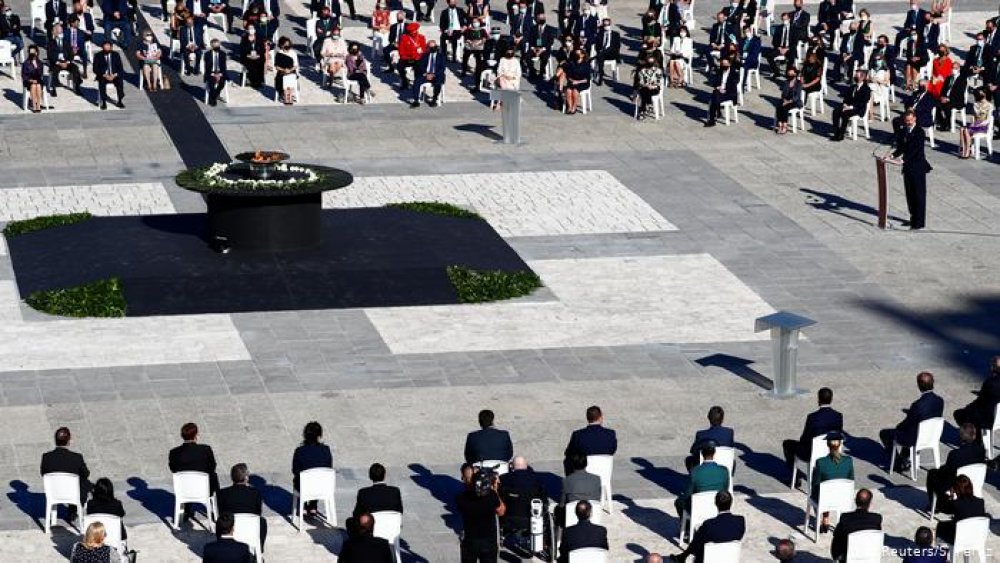 The Spanish Government has set Thursday aside to honour the victims of the coronavirus pandemic.

The pandemic has claimed over 28,413 lives in Spain, making Spain the eleventh most affected country in the world.

Spain's King Felipe VI, who led the memorial that took place just outside the Royal Palace, said, “This act cannot heal the pain felt by so many families at not being at the side of their loved ones in their final hours… but what it can do is pay tribute to their lives, to their contribution to our society, to their memories."

High number of infections have stretched the country's healthcare system to the limit.

A nurse at the memorial, said, “It’s been very hard, we have felt powerless in the face of a cruel sense of uncertainty… we’ve given everything and worked to the limit of our strength."

All Spanish political parties attended the state tribute except for the far-right Vox, whose leader has called the event an "act of propaganda" and "an exculpatory ceremony" for the left-wing ruling coalition led by Prime Minister Pedro Sanchez.

Spain has officially recorded 28,413 patients who died after testing positive for the COVID-19 disease, although excess mortality figures suggest the actual figure is thousands higher.

The country is grappling with dozens of fresh outbreaks after it emerged from a strict lockdown last month.