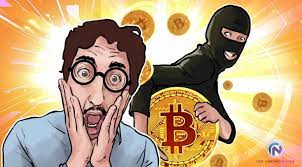 The Spanish securities regulator, the CNMV, has issued a warning about an unidentified entity requesting personal information from unsuspecting persons to sell bitcoin.

The scammers are believed to conduct the scam attempt over the phone, where they ask for personal information and offer the benefit of acquiring bitcoins allegedly taken from a firm accused by Spanish courts.

According to news.bitcoin.com, the Spanish securities regulator (CNMV) has issued a notice regarding a string of imposters demanding data in the group's name.

According to the warning, an unknown entity is contacting and requesting data from Spanish residents via phone calls, posing as a phony offer to sell bitcoin.

One of the tricks being deployed with ruthless precision is that the fraudsters, call unsuspecting members of the public claiming to be from an unidentified anti-fraud department of the CNMV promising them to sell bitcoins confiscated by the Spanish courts.

News.bitcoin.com went on to say that as a precaution, the CNMV has already reported this irregularity to authorities in order to discover the person or group of individuals responsible for this scam and put a stop to these attempts.

“As soon as it became aware of the facts, the CNMV has carried out various actions, including alerting the State Security Forces and Corps.” The statement read.

According to its president, Rodrigo Buenaventura, the Spanish regulator would take legal action against the companies involved in these fraud efforts.

One of the recommendations made by the CMNV was that it pleaded with the general public to report such activities to them if they ever get contacted.

They also asked people to be aware of these phony calls made on its behalf and immediately contact them when this happens.

Furthermore, the Spanish securities regulator recommended users to be aware of its confirmed emails, which are associated with the cnmv.es domain and to verify the provenance of the source, in order to rule out the existence of weird connections linked to the institution.

Finally, the CMNV underlined that it will never contact any individual to promote an investment opportunity, nor will it charge the citizens indicated above for this information.

Any such communication should be regarded suspicious and reported to the authorities, who will then investigate the incident.