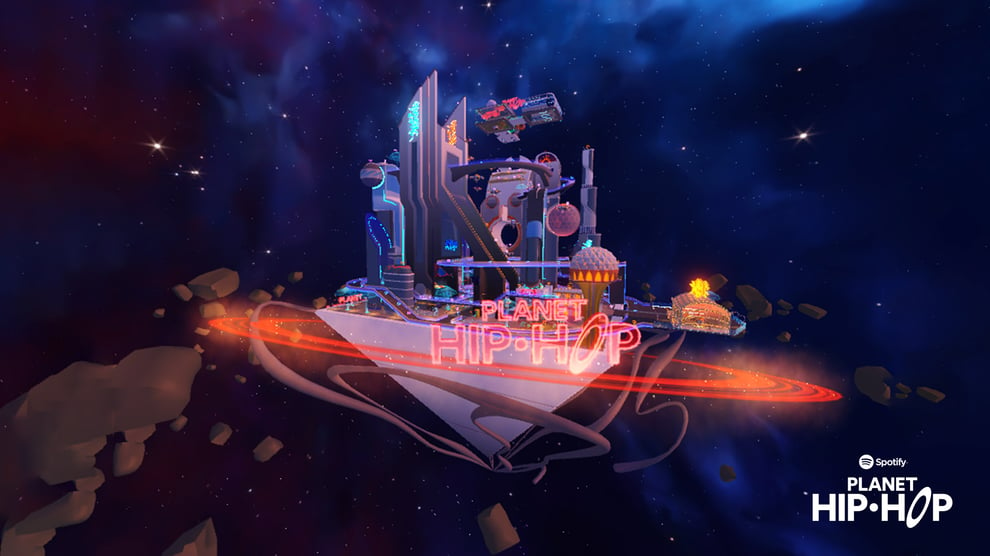 Planet Hip-Hop, a brand-new digital destination with a space theme that was just launched by music streaming service Spotify on Roblox, will soon include the upcoming female artist Doechii.

The younger generation of hip-hop fans can now engage with their favourite musicians through Spotify Island's new Planet Hip-Hop, which is available right now in Roblox.

Players of Roblox can design automobiles in the "Speed Shop," dance on a floating dance floor, make hip-hop beats with Soundtrap, earn rare virtual goods, and more when they explore Planet Hip-Hop. 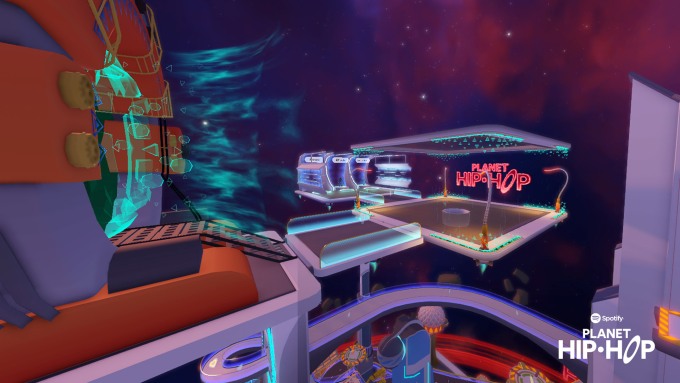 The brand-new location has a futuristic appearance, with a lit-up cityscape perched on an upside-down silver pyramid, surrounded by red planet rings that resemble record sleeves, as well as circling meteors and other planetary stuff.

“We wanted to create a space inspired by the newest era of hip hop, exploring how the current generation of artists and fans are redefining what the genre looks like and sounds like,” Steven Conaway, Senior Art Director at Spotify, said to press during a demo.

The younger generation of hip-hop artists, many of whom are renowned for having an "internet tech sound," served as inspiration for Spotify's new website design, Conway continued.

He made reference to upcoming musicians in their early 20s including Trippie Redd, Doechii, and Yeat.

According to the company's press announcement, Spotify selected the hip-hop subgenre as the second destination for Spotify Islands based on listener demand.

Hip-hop music produces an average of 44 billion monthly streams on Spotify, according to the music streaming service.

This includes having the ability to walk atop buildings and float around, which adds to the immersion.

In addition, the planet's rings can be driven around by using them as a road, remarked Edward Yeung, associate creative director at Spotify, during the demonstration.

According to Yeung, Spotify will soon turn the planetary rings' routes into an obstacle course.

Clothing items emotes, and parkour effects are part of the new merchandise that is available only on Planet Hip-Hop.

Players will be able to buy a patchwork bubble jacket and moon shoes for their avatar in a few weeks. Players of Roblox can accumulate hearts to buy the merchandise.

Players must enter a subterranean portal, much as K-Park, to access a music artist's fan experience.

On September 22, 2022, Spotify will debut Doechii as the first artist on Planet Hip-Hop. 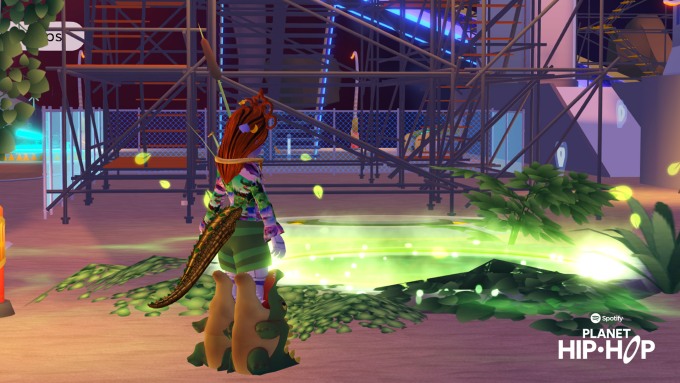 Alligator swimming, underwater exploration, and hopping on lily pads are all available to players upon launch.

Though it isn't now possible for fans to engage with and ride on alligators or crocodiles, Spotify will eventually provide this capability.

But when Doechii's Swamp launches, many features won't be available.

As a nod to her song "Persuasive," which recently received a new music video and remix with well-known R&B singer SZA, Spotify will roll out more features for Doechii fans over the coming days, such as a quiz in which participants must "persuade" Doechii to let them enter her "Swamp Coven."

According to the company's release, if players successfully respond to the questions, they will be welcomed into the coven and possibly even develop an alligator tail.

Over the next few days, Spotify will release exclusive Doechii merchandise as well. Soon, players will be able to buy alligator shoes and pants, an alligator necklace, a mullet inspired by the original music video for her song "Persuasive" in cyan, a star crown, and more.

In a couple of weeks, fans will also be able to take part in adventures like scavenger hunts where they can earn alligator tokens and exchange them for rewards.

Within the first 72 hours, Roblox users who complete all of Doechii's tasks will unlock special space spectacles.

In the future, the firm will also introduce new themed vehicles that symbolise the incoming music artists into the virtual world, as well as more customisation choices for automobiles in the "Speed Shop."

Fans of Doechii will soon be able to travel in alligator cars, for instance.