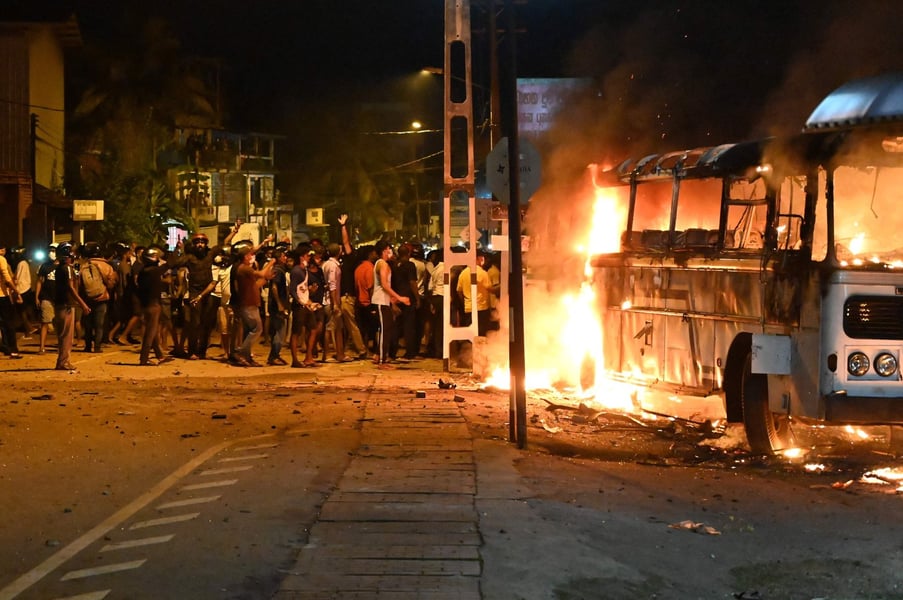 Sri Lanka has lifted a curfew on Friday after a protest in which dozens of people were arrested and several police officers hurt.

Reuters reports that hundreds of protesters gathered near the country's president's residence in a Colombo suburb late Thursday before police dispersed them with tear gas and water cannons.

"Several vehicles belonging to the army and police were burnt by the protesters, including two buses, one police jeep and several motorcycles."

Sri Lanka's capital was under heavy security on Friday after hundreds of protesters tried to storm the president's home in a night of violence.

The country is seeing severe shortages of essentials, sharp price rises and crippling power cuts in its most painful downturn since independence in 1948.