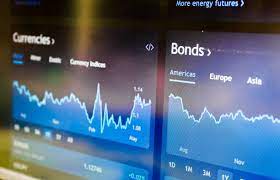 The naira remained flat at all exchange windows as it exchanged for N415.10 and N411.43 per USD at the I & E and interbank markets, while the parallel market recorded selling rates between N548 to N545.

The bullish posture of the naira can be attributed to the sustained CBN FX intervention of increasing the dollar inflows to successful bidders and reduced demand for the dollar at the parallel market.

Some analysts believe that the naira should gain further as long as the CBN sustains this supply chain and cuts down the number of leakages in the system.

Despite the rise in the inflation rate to 20.75%, the Money Policy Rate (MPR), and gross external reserves remained unchanged as they closed at 11.50%, and $41.51billion respectively.

The inflation rate figures released by the Nigerian Bureau of Statistics (NBS) presents a great opportunity for the CBN and the Ministry of Finance to adopt more aggressive contractionary monetarily and expansionary fiscal policies that can drive food prices downwards.

Furthermore, the treasury bill-secondary market was bullish as the average yield dipped by 3 basis points to 5.2%. Across the benchmark curve, the average yield was unchanged at the short and mid-segments but contracted at the long segment by 5 basis point ends following market participants’ demand for the 282DTM bill

Consequently, the treasury bond secondary market traded with mixed sentiments, albeit with a bearish bias, as the average yield expanded slightly by 2bps to 11.2%.