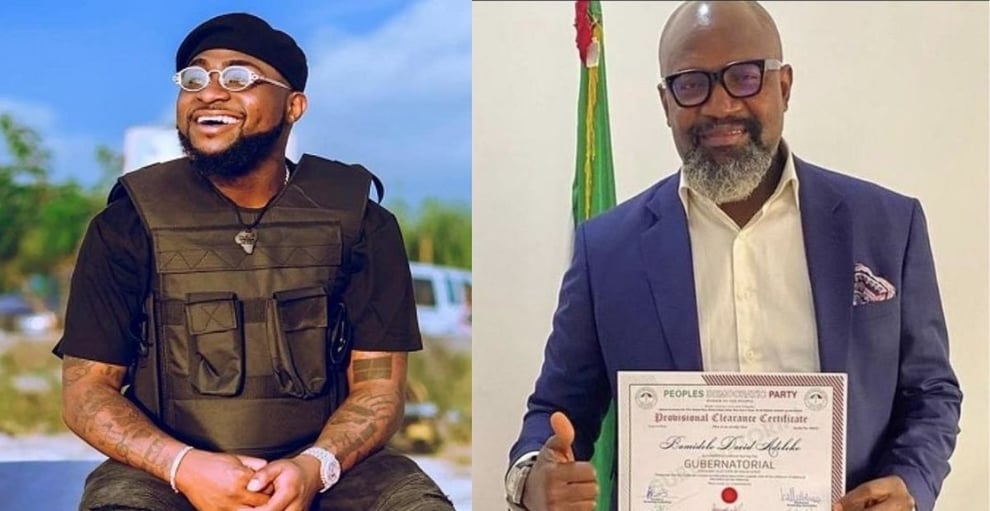 Singer Davido is dragging his cousin Dele Adeleke over claims that the latter included his mother Veronica Adeleke in a bid to get back at him.

Recall that Davido had criticized Dele for running against their uncle Ademola Adeleke, noting that Dele, who is now "becoming an intellectual" struggled to achieve a second-class lower certificate at university.

Taking to his Twitter on Wednesday afternoon, Davido accused Dele of including the name of Veronica in an article because of his ambition despite the fact that his (Davido) mother raised him (Dele).

"Because of your ambition, you have your people write about me (which I don't care ) but to include the death of my mother in an article ... the same woman that raised you. Dele Adeleke ok na. Dele God will reward you," the'Jowo' crooner wrote.

According to Davido, the truth of his call-out hurt Dele so much that he had to go low.

The 29-year-old father of three, however, stated that he has opened his 'crase' for the year and urged Dele to stay tuned.

"The truth hurt you that much you had to go that low to mention YOUR AUNTY VERO that cared for you .. well... I don open my crase for the year. Dele Adeleke stay tuned," he concluded.