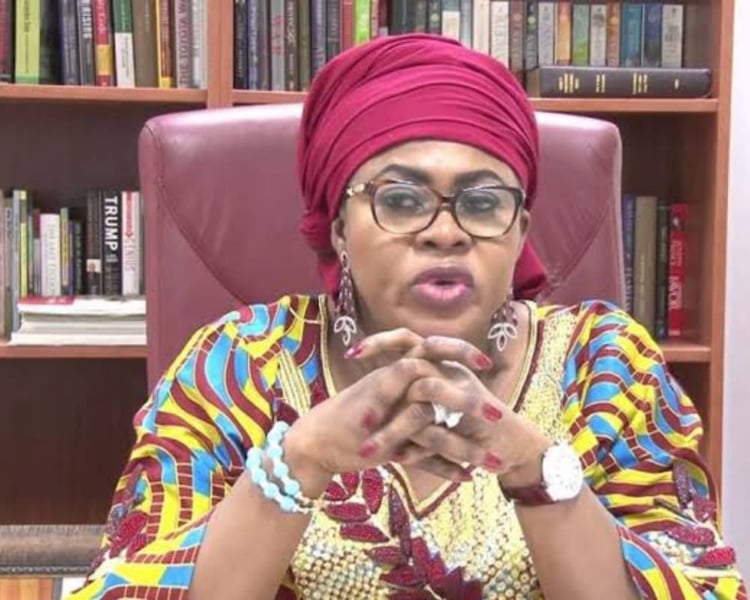 The Senator representing Anambra North Senatorial District, Stella Oduah has given the National Youth Service Corps (NYSC) 48 hours to retract the allegation that she did not complete her national service.

Oduah made this known in a letter signed by the Director, Media and Publicity of the senator, Ezennia Nonso and addressed to the Director-General, NYSC on Thursday.

Part of the letter reads: “Our attention has been called to your scandalous letter referenced above in which you acknowledged that Senator Stella Oduah was mobilized for youth service in 1982 and served in the Lagos orientation camp but then concluded that she “absconded” and was not issued a certificate of discharge.”

“That reckless statement which we consider grossly irresponsible no doubt suggests that it was procured from you for political considerations in favour of Sen. Oduah’s political detractors. We are shocked that you condescended so low to make such false and unverified conclusions which is damaging to her character and image”.

“For the avoidance of doubt, Sen. Oduah’s NYSC place of primary assignment was the popular Nigeria Employers’ Consultative Association (NECA). When a similar allegation was made by her political contenders in 2017, NECA issued a letter dated 11th January 2017 Ref No: NECA/SELA/H4 confirming that she carried out her NYSC primary assignment with them.  Find attached a copy of that letter for reference as well as a photograph of our client as a youth corper “

“That issue also attended litigation and she has a court judgment in her favour in the case of Chinedu Emmanuel Emeka v. Princess Stella Oduah, EPT/AWK/SEN/13/2019″

“Ordinarily, one needs not to be bothered about any other similar allegations in the light of the aforesaid judgment and the fact that NYSC is not a constitutional qualification to hold any public office in Nigeria, but your statement has to a large extent defamed her”

“In your exact words, ‘after the orientation course, she absconded’ It is curious how a person who had participated in all NYSC activities at the Orientation Camp can be said to have “absconded” because she left for her place of primary assignment as it was routine. It is either you chose to ignore your record or your office has failed to keep proper records.”

“You are by this letter given 48 hours to retract your statement failing which legal actions shall be commenced against you.”

“To reinforce the fact the distinguished Senator completed her NYSC, her picture where she was in her NYSC regalia was attached and a letter from NECA confirming that she served with the association.

“In fact, NECA wrote a letter dated January 11, 2017, with Ref: NECA/SELA/H4, signed by the Director-General, O. A. Oshinowo and stated, “We hereby confirm that you carried out your NYSC primary assignment with NECA in 1982 during the tenure of Mr. Gabriel Okogwa (now of blessed memory). Our investigation did reveal that you were diligent and steadfast in the place of your duty.”