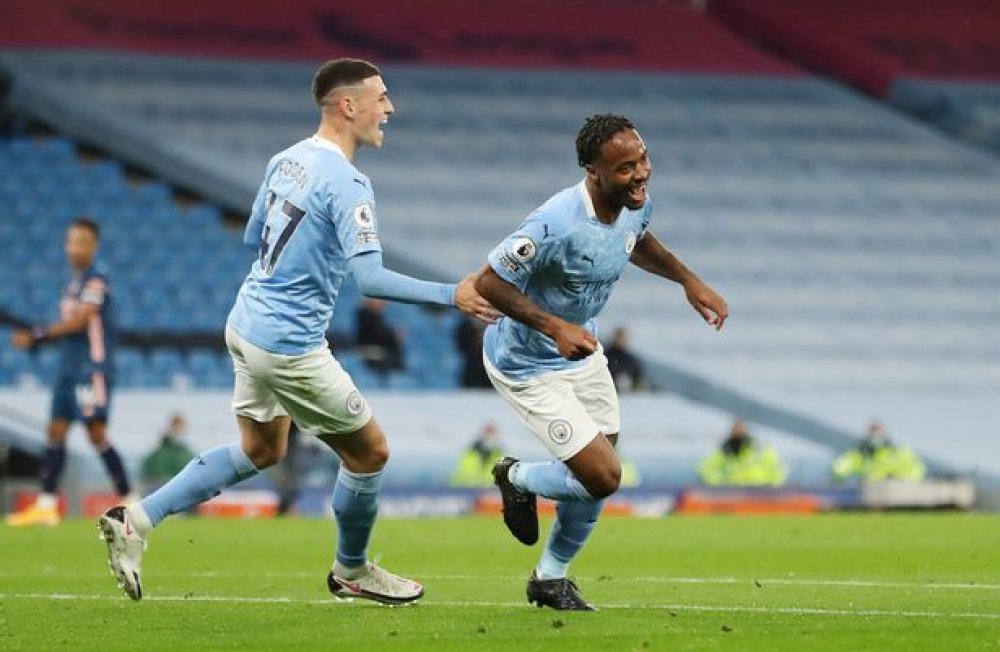 Raheem Sterling scored the only goal as Pep Guardiola got the better of Mikel Arteta and his men in Manchester City's 1-0 win over Arsenal to move three points off the top of the Premier League table.

AllNews understands that Arsenal remains without an away league win against one of the traditional 'big six' in EPL 28 games dating back to January 2015.

On another high-scoring Saturday elsewhere in the English top-flight, the mutual respect between City boss Guardiola and his former assistant Arteta led to a far more cautious encounter.

However, Sterling's strike midway through the first-half was enough to relaunch City's title challenge after failing to win two of their first three league games of the new season.

And despite a spirited performance, the fact they have lost again at Anfield and the Etihad in the first five games of the campaign shows the strides Arteta still has to make to restore the Gunners to title contenders.

Arteta got the better of his old boss when the sides last met in the FA Cup semifinals in July and Guardiola responded with a change to a 3-5-2 system to match up with Arsenal.

The move nearly paid off within a minute as Riyad Mahrez curled inches wide after a flowing move from one end to the other.

Sergio Aguero returned for the home side for the first time since June alongside Sterling in attack.

In the absence of Kevin De Bruyne, Sterling captained City and led from the front as he was on hand to open the scoring after Bernd Leno could only parry Phil Foden's initial effort.

Leno kept Arsenal in the contest when he denied Foden again from Aguero's unselfish pass.

But it was Ederson who ensured City went in ahead at halftime with a string of saves as Guardiola's men again failed to convince at the back.

Bukayo Saka was Arsenal's biggest threat and the 19-year-old was denied by a brilliant Ederson save after a neat one-two with Pierre-Emerick Aubameyang.

Aubameyang was next to fire too close to the Brazilian stopper when he was one-on-one and onside despite the linesman's flag being raised.

Arsenal also saw strong penalty appeals fall on deaf ears with the final action of the first half when Kyle Walker's high foot was not punished as he challenged Gabriel Magalhaes inside the area.

The presence of De Bruyne was missed as City again failed to control the game once in front.

Leicester came from behind to win 5-2 at the Etihad and Leeds also took a deserved point after a blistering opening from City before the international break.

Far from the free-flowing attacking force of the past three seasons, City was happy to sit on their lead after the break.

But in a second period short on goalmouth action, Nicolas Pepe's weak header that was easily claimed by Ederson was the closest Arsenal came to an equalizer.

NPFL: What Frenchman, Lionel Said After Being Appointed Kano...