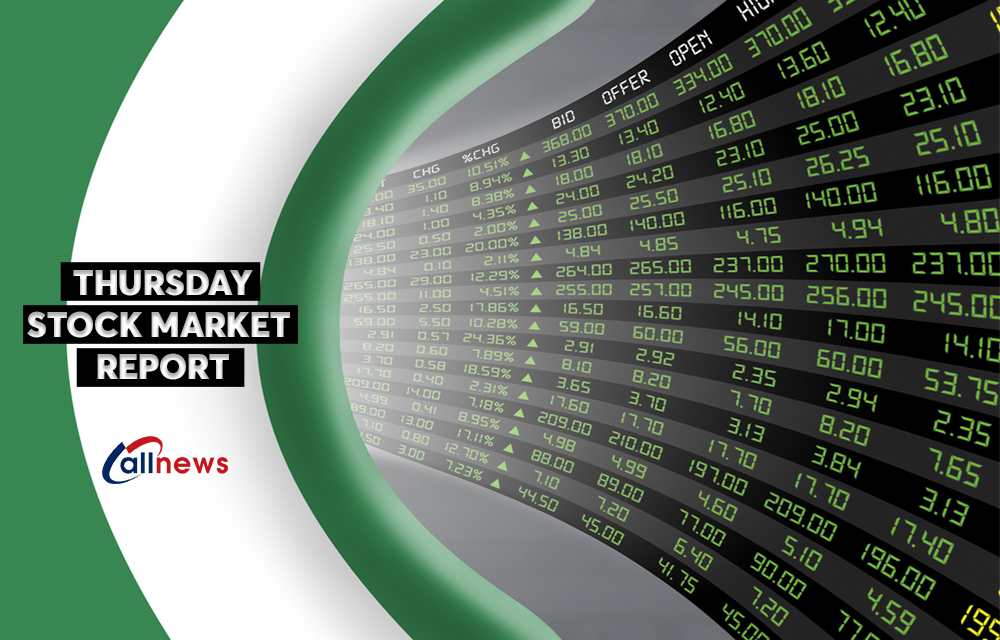 The value of trades recorded today was N2.5 billion, higher than the N1.5 billion of Wednesday. Meanwhile, the All-Share Index reached 25,204.60 index points today, surpassing the 25,171.32 index points it ended trading with on Wednesday.

The top on the losers' list was Studio Press, which had begun trading earlier today at NGN1.98 kobo per share, only to drop in price by NGN-0.19 kobo to close at NGN1.79 kobo per share at the end of trading today. UAC-Prop was second on the chart after closing at NGN0.86 kobo per share from its opening trade price of NGN0.95 kobo per share; this represents a drop of -9.47%. UHOMREIT also recorded a drop in its share price as it declined by 0.12% to close trading at NGN40.7 kobo per share, below the NGN40.65 kobo per share it opened with.