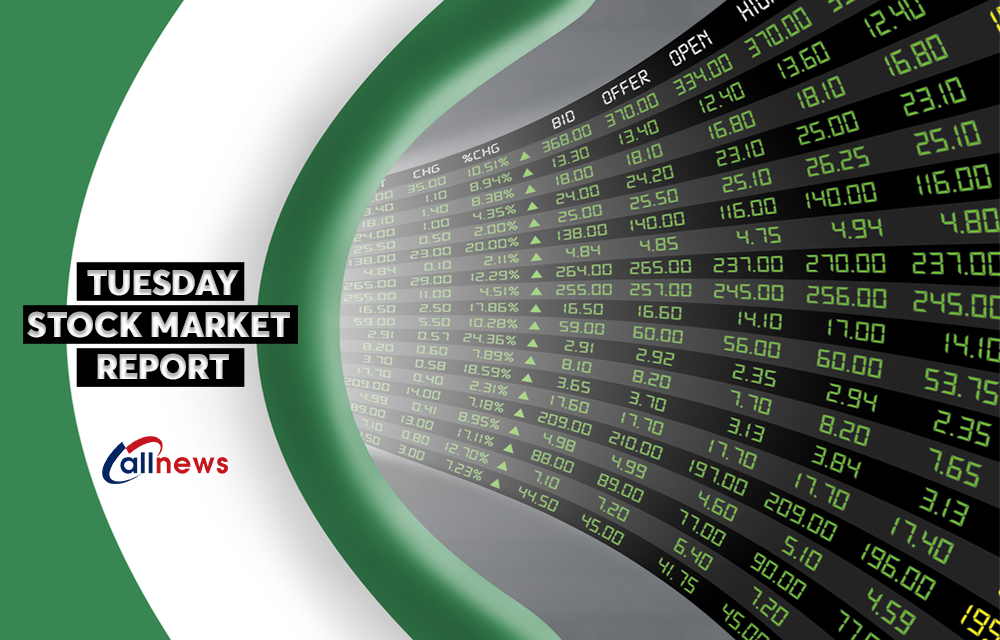 Nigerian Breweries led the top gainers' chart after its stock price gained NGN1 to close trading at NGN41 per share after opening today's trading with NGN40 per share, this is according to Nigerian Stock Exchange (NSE) market data seen by AllNews. MTN Nigeria was second on the table, as its stock price gained NGN0.9 kobo to close the market with NGN119.5 kobo per share, having started trading today with NGN118.6 kobo per share.