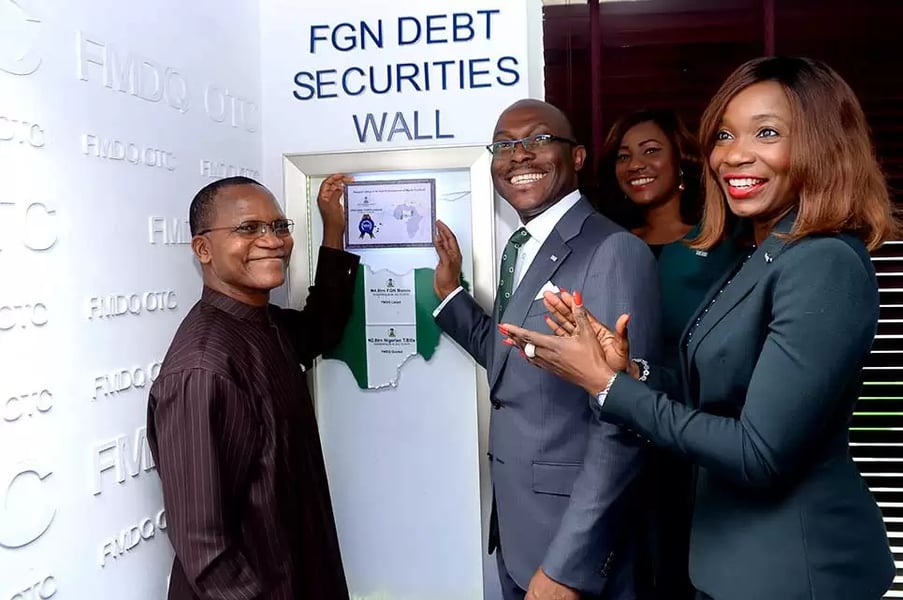 Foluke Samuel,  the Lead Sales, Northern Region of CSL Stockbrokers Limited, the stockbroking firm of the Federal Government, has said that Federal Government of Nigeria (FGN) Securities provide a rare opportunity for retail investors (ordinary Nigerians) to invest and earn a fixed income.

Samuel disclosed this in an interview with the News Agency of Nigeria (NAN) on Thursday in Yola.

She spoke against the backdrop of the FGN Securities Issuance Awareness Programme organised by the DMO and CSL in Yola.

According to her, out of the existing FGN Security instruments, the FGN Savings Bond is particularly targeted at the retail investors for them to also benefit, and enhance financial inclusion.

“The FGN Savings Bond is a fixed-income instrument targeted at retail investors. It is issued every month with tenors of two and three years.

“Here, we have guaranteed quarterly interest payment and repayment of principal at maturity.

“Everybody and anybody can invest in FGN Savings Bond because it is created to encourage financial inclusion,’’ she said.

According to her, the Treasury Bills are short-term instrument with maturity of 91 days, 182 days and 364 days.

“Treasury bills are discounted instruments such that interest received is the difference between purchase price and the fixed value received at maturity.

“They are sold at bi-weekly auctions with a minimum subscription of N50 million, and interest is paid up front before maturity,’’ she said.

She said that the FGN Bonds were the conventional medium-term to long-term securities with fixed interest rates which are paid semi-annually.

“They have maturity of five years, seven years, 10 years, 20 years and 30 years. The minimum subscription is N50 million and in multiples of N1,000 thereafter,’’ she said.

According to her, the FGN Sukuk Bond is a Sharia-compliant instrument that represents the ownership interest of the holder in an asset or pool of assets which ensures that every financial activity is backed by real economic activity, adding that it had fixed rental income which was paid semi-annually.

“The Sukuk promotes financial stability, and is issued whenever the DMO dims fit.

"They have fixed interest rates which are also paid semi-annually, and they provide alternative investment opportunities for investors that are interested in preserving the environment,’’ she said.