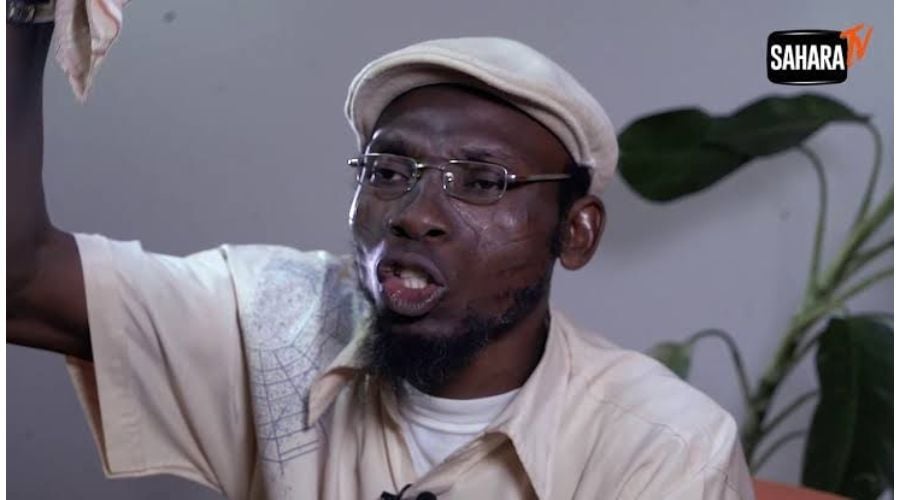 A human rights activist and Executive Chairman, Centre for Human Rights and Social Justice (CHRSJ), Adeniyi Alimi Sulaiman, has warned the Spokesperson to immediate past Governor of Osun State, Ismail Omipidan to stop distancing his boss, Adegboyega Oyetola from the Rauf Aregbesola's administration.

This is as he stated that Oyetola played a critical role in the Aregbesola's Government as Chief of Staff for eight years.

Sulaiman who also thrown his weight behind the Government of Senator Ademola Adeleke added that all actions taken since the inception of the new Government of Adeleke on November 27, 2022, were in order to restore sanity and normalcy to the state.

Reacting to the recent statement credited to Omipidan that Governor Ademola Adeleke's partner and collaborator, that is Aregbesola, owed salary and not Adegboyega Oyetola, the rights activist through a signed statement on Sunday, insisted that Oyetola was a collaborator of Aregbesola to owing the said N75 billion salaries and pensions debt because Oyetola was second in command in the administration of Rauf Aregbesola between 2010 to 2018.

He recollected that Oyetola was the Chairman Negotiating Committee with the Jacob Adekomi led Osun State chapter of Nigeria Labour Congress (NLC) which introduced illegal half salaries and pensions to the state workforce and retirees alike which had accumulated to N75 billion debt.

Sulaiman who doubles as National Coordinator, Osun West Political Awareness Agenda (OWEPA), alleged that the Oyetola and his team, turned the then negotiating committee to where they inflicted pains and pangs on the state workforce and retirees alike then and where they were sharing meagre resources of the State per sitting.

"Mr Isiaka Adegboyega Oyetola cannot claim innocent about the policies and actions of Aregbesola's Government that lead to the N75billion salaries/pensions debt discovered by the new Government of Senator Nurudeen Ademola Adeleke.

"Mr Oyetola was incharge of every policy and action of Rauf Aregbesola's Government through out the eight years of the administration.

"We thought Mr Oyetola is a man of fantastic pedigree which we held him in high esteem then but we later discovered that he is a lawless leader and pretender of highest order and he disappointed all his lovers with the revelation of how  his Government disrespecting the Court pronouncements at will by negating the doctrine of due process in every action of his Government which made him to be the naked enemy of the  people of the State till the end of his administration.

"It is not surprising that Mr Ismail Omipidan,a thorough bred Professional and gentleman to the core, could issue such a statement distancing his boss, Adegboyega Oyetola from Rauf Aregbesola's Government. Mr Omipidan was not around in Osun State during the period of Aregbesola's Government because he was living in Kaduna for daily bread as Bureau Chief of The Sun Newspapers by shuttling between Kaduna and Abuja then."