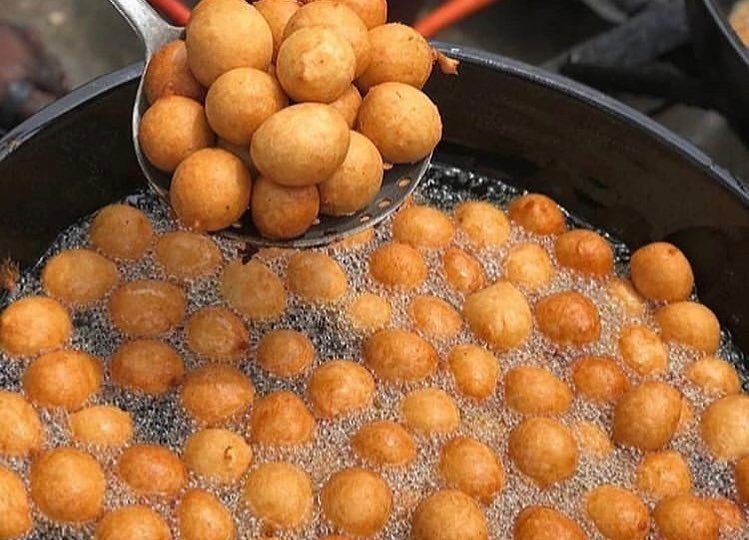 As the saying goes, 'food is life'. Eating as we all know is as important as the air we breathe in.

In a fast-paced city like Lagos, a lot of people spend more time out of their homes than within. As a result of this, fast food is an easy pick to re-energize.

The reason is not far-fetched; the stress from the hustle and bustle of the city combined with the additional stress of cooking homemade meals is a herculean task many don’t look forward to.

Research has shown that a good percentage of Lagosians prefer to eat out. This category of people often argue that street food is not only a lifesaver but also economical.

The 'Pro-Street Food' are the ones that have kept people like Esther Abosede in business.

The Beninese mother of three is a single parent who came to hustle in Lagos some 15 years ago. 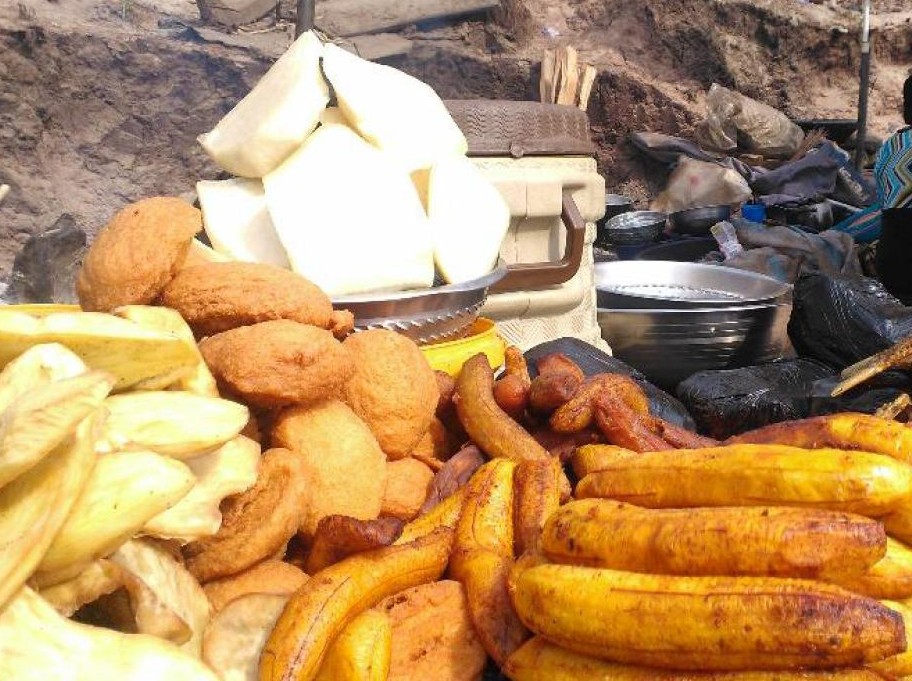 The selling point of her business is the 'puff-puff', which is not only a snack of all seasons but also a favourite of many.

Abosede who spoke with AllNews in fluent Yoruba Language said that she ventured into the street food business about five years ago after she left her husband.

She had learned the ropes of the business as a spinster while living with her aunt here in Lagos.

"My aunty has been into this business for a long time. When I was living with her, I learned the ropes of the business.

"It took me about six months to become a 'pro'," she said.

After she left her husband, Abosede went back to work for her aunty.

Talking about her roadside business, she lamented the current state of the economy.

Abosede, just like many other small business owners in Nigeria, is having it tough with the persistent increase in prices of goods and services.

One of the major ingredients which she uses every day is flour.

"A bag of flour now costs as much as buying two bags of flour in the past, same with vegetable oil.

"Even beans for Akara is now very expensive."

She also complained about the hike in the price of cooking gas and added that she had no option than to continue using the same because she is not permitted to use firewood or charcoal by the roadside.

The food vendor shared the cost of setting up a similar business.

"What you need is a gas cylinder and its accessories, a gas burner, a wide frying pan, a wide perforated spoon and other little things.

"Other expenses include renting the roadside space. We pay N200 daily and N800 every Wednesday," Abosede said.

In addition to the above, she revealed that she also pays N1,200 monthly.

"At the point of renting the space, you also have to pay almost N20,000 to signify your interest," she added.

Talking about the profit from the business, Abosede stated that profit is no longer predictable. According to her, the profit now depends on the prices of ingredients which are quite unstable at the moment.

She also revealed that patronage has been reduced because a tiny piece of puff-puff now sells for N20.

"In recent times, the profit from a little bit of everything is about N2,000.

"Because of low patronage, we make the fried foods in smaller quantities to avoid wastage.

"When business was moving well, we finished a bag of flour weekly and we made up to N15,000 on one bag for just puff puff," she said.

When she was asked how the meagre profit supports her family of four, she revealed that she has other side hustles.

Since the fried food business starts in the evening, she maximizes the early part of the day doing menial chores for people.

"I wash clothes for people. I also clean houses and sweep compounds," she said.

She however doesn't get these jobs all the time. She explained that her charges per job depends on the bargaining power of individual customers.

#WeekendWithNigerianInDiaspora: Meet Medical Doctor Who Started Off As A Carpenter

Omicron Variant In Nigeria: Should We Expect Another Lockdown?