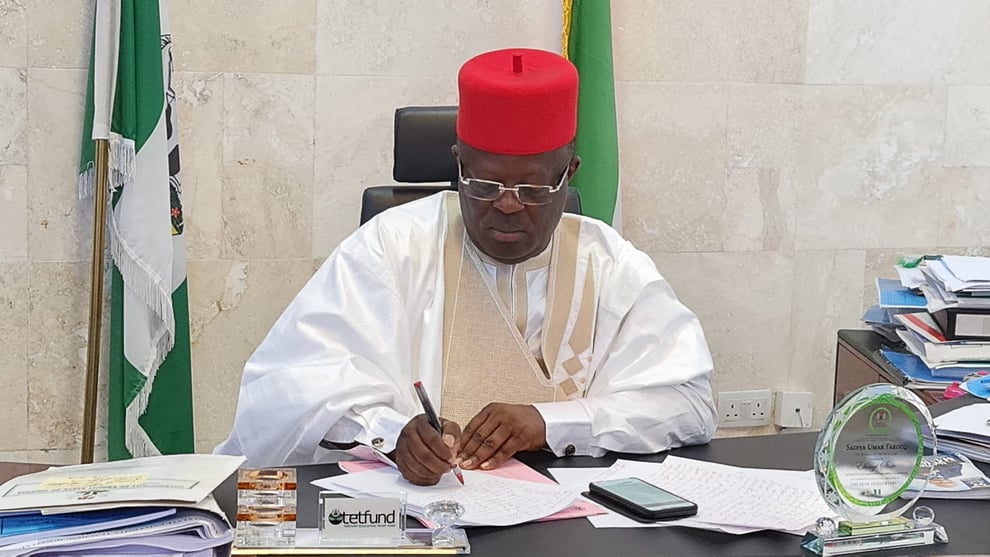 Ebonyi State Governor, David Umahi, has called on the Academic Staff Union of Universities (ASUU) to dialogue with the Federal Government so that Nigerian students can return to school.

Umahi made this appeal while speaking to the governing council of the Ebonyi State University and the Board of the King David Umahi Federal University of Medical Sciences.

The Governor expressed disapproval at the lingering strike when he said has truncated the growth of the tertiary institutions in Nigeria.

"I spoke about the ASUU strike earlier and I continue to appeal that there is no way the federal government can borrow such an amount to meet the demands of ASUU. There should be a way to dialogue so that the students can go back to school.

“I frown so much about the ASUU strike, and in Nigeria, the strike is not even a strike because when you are on strike, you are supposed not to even earn a salary for the whole period you didn’t work. You can as well be on strike on any slightest thing and so, it is unreasonable to demand salaries while on strike,” he said.

The Governor, in the same vein, expressed dislike at the rise in cultism in state universities, warning that lecturers and students found guilty of the vice be withdrawn from the institutions.

“We will not allow clannishness to becloud our universities. We must fight cultism in our schools. Any person finding doing cultism, the person must go. We in the society where even some lecturers are cultists, we need to be mindful of this," he warned.