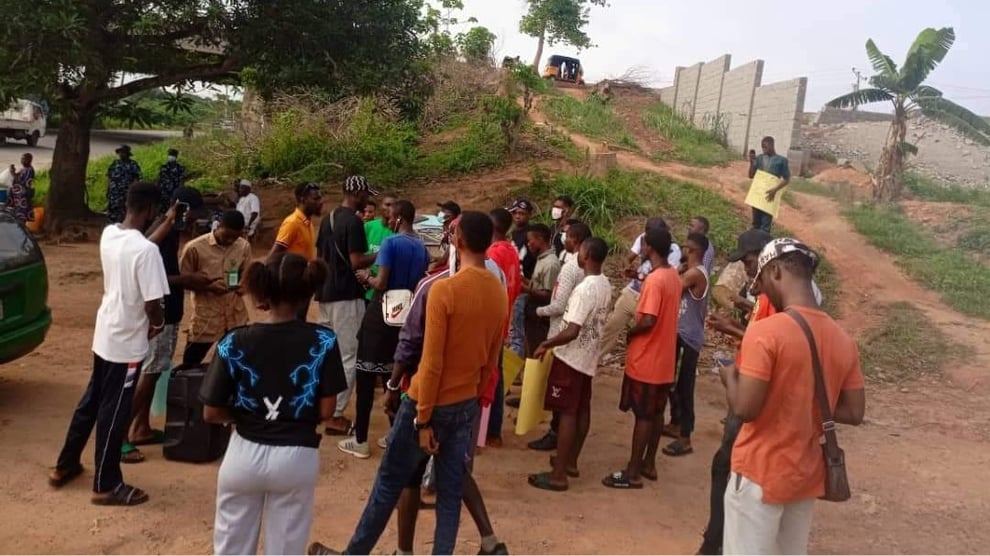 Due to the protests carried out by some students of The Polytechnic, Ibadan on monday, the management of the institution has postponed indefinitely, the second semester examination for the 2021/2022 academic session.

Making this known Soladoye Adewole, the institution's Public Relations Officer, revealed that the protesting students were those who had refused to pay their tuition fees for the completion of their registration.

“Many of them have not paid and as a result, they have not completed their registration.

“And the management is insisting that those who have not completed their registration, and have not paid will not write the examination.

“So, they suddenly woke up to realise this on the day they are supposed to start their examinations.

“One to two weeks ago, they were busy celebrating their Hall Week, towns celebration and other celebrations, forgetting to pay their tuition fee, which might have been given to them by their parents or guardians.

"Since the students knew that the school management would enforce a 'No Pay, No Examinations', they employed their own strategy to halt the examinations scheduled for Monday.

“The examinations have been called off, but we are going to re-strategise.

“Anybody that does not pay or complete his or her registration is not a student of The Polytechnic, Ibadan, except they do the needful,” he said.

It was gathered that some students of the institution on Monday paralysed academic activities in the polytechnic thereby putting on hold the commencement of the school's second semester examinations.

Some students who disagreed with the school's spokesperson disclosed that the problem they had was that some of them had paid their tuition fees but were unable to print their course forms.

With this development, they revealed that they couldn’t proceed with registration, while some who started their registration were yet to complete it due to various reasons.

Some of the students also claimed that due to social activities, they were not prepared for the examinations.