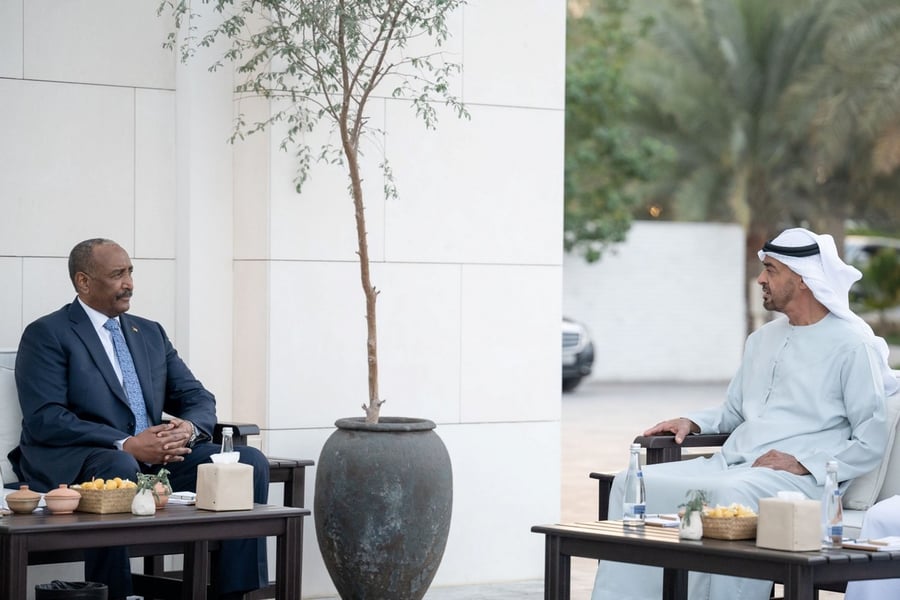 Anadolu news agency reported that this partnership is in the fields of roads, ports and railways, as well as military cooperation and exchange of experiences.

The statement quoted Al-Sadiq as saying: "The Sudanese and Emirati sides have agreed to establish huge strategic economic partnerships in the fields of roads, ports, railways, cooperate in the military field and the exchange of experiences."

"The visit touched upon the current situation in Sudan, and the state's efforts to achieve national consensus to stabilise the transitional period, leading to free and fair elections and handing over the reins of power to an elected civilian government."

Al-Sadiq pointed out that the two governments and the private sector in both countries have agreed to support Sudanese banks to enable them to play their role in developing the country's economy.

This came in remarks made by Al-Sadiq after the President of the Sudan Transitional Sovereign Council, army chief Abdel Fattah Al-Burhan, returned from a 4-day visit to the UAE.