Sunak, Truss To Face Off In Final Round Of UK Prime Minister Race 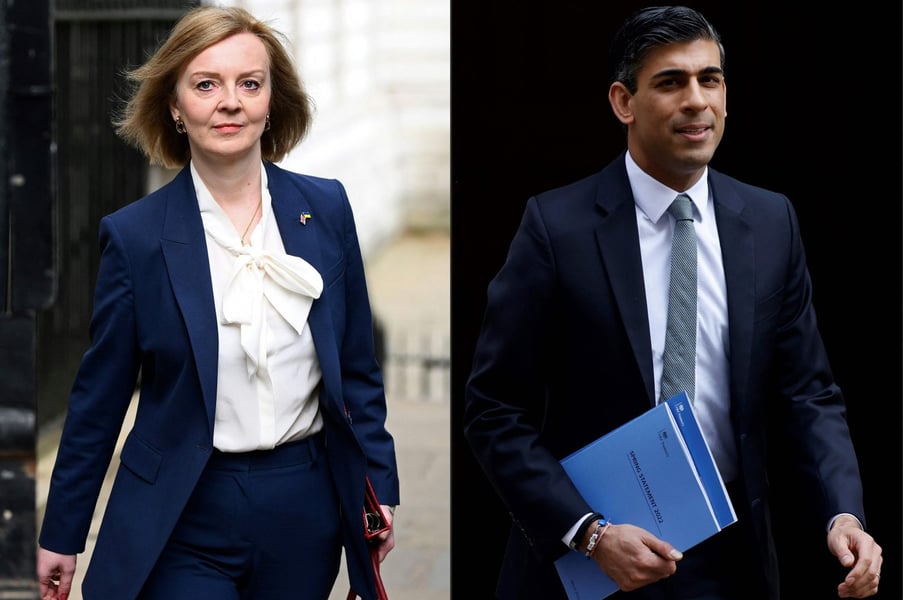 The two are the only ones remaining in the bid to replace departing Prime Minister Boris Johnson.

Sunak and Truss came first and second respectively in a vote by Conservative lawmakers on Wednesday.

This is as Trade Minister Penny Mordaunt came in third and was eliminated.

The two contenders will spend the next few weeks campaigning for the votes of about 180,000 Conservative Party members around the country, who will vote by postal or online ballot.

The winner of the party leadership vote will be announced on September 5 and will automatically become United Kingdom's next Prime Minister.

Truss on if she becomes the prime minister said; “I would hit the ground running from day one, unite the party and govern in line with Conservative values.”

Sunak's campaign claimed; "The choice for members is very simple: who is the best person to beat Labour at the next election? The evidence shows that’s Rishi.”