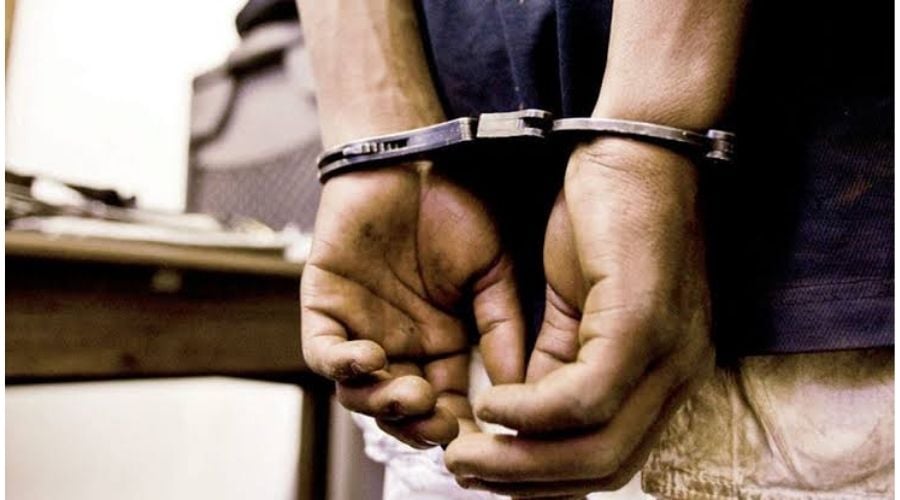 A suspected internet fraudster is now cooling his heels in detention after he was nabbed by the police in Ogun State for the killing of his 18-year-old pregnant girlfriend.

The fraudster whose name is Toba was arrested based on the suspicion that he killed his girlfriend for money ritual.

Eyewitnesses revealed that after he was apprehended, Toba was observed to be muttering incantations.

"I’m now a powerful being. Whatever I have done now will be without repercussion. May they be bringing money to me every morning.

"People will love me the same way these onlookers are gathered around me now. May the world love me", was part of the incantations he recited.

They disclosed that Toba attacked and killed his girlfriend, Tunrayo Odubanjo, inside a bush close to his house in the Mowe area of the state, on Wednesday, May 18, 2022.

It was gathered that the suspect, after inviting the victim over, lured her into the bush, where he beat her up and used part of broken tiles to slit open her throat.

"He was caught inside Kara-nla Ogunrun in Mowe. He was found trying to bathe with the victim’s blood while standing over her dead body.

"She's just 18 and was carrying his child. He claimed that he is untouchable," they stated.