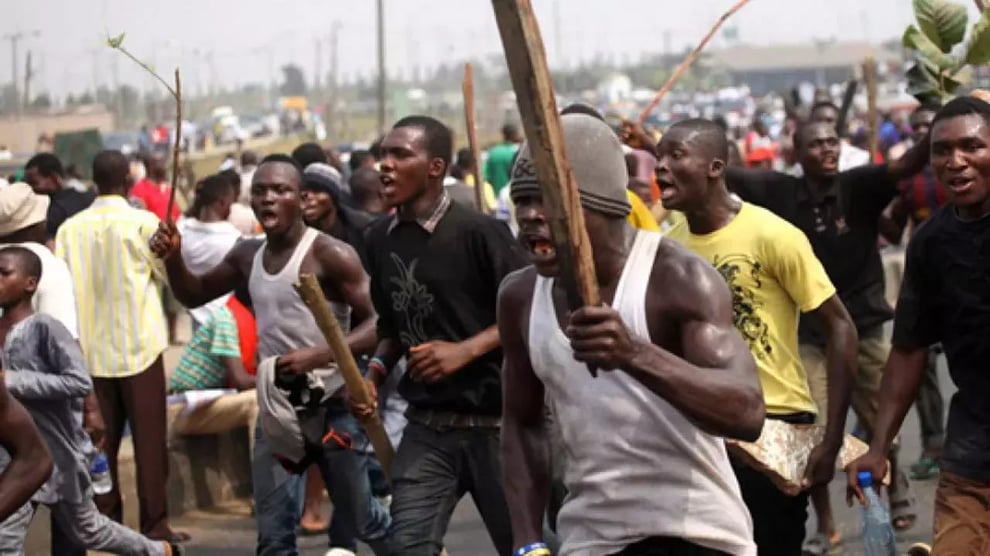 It was learnt that the suspects perpetrate their nefarious acts using motorcycles.

The incident occurred at about 10:00 am, when four robbers on two motorcycles tried to overpower a commercial motorcycle rider at Nkume junction by Mgbabano-Umuaka Road, Eziama.

An eye witness, Chikezie Nwadike said the duo who were members of a notorious gang of four men using two Motorcycles to operate were about to rob a commercial motorcyclist before luck ran out on them.

He said the alarm raised by the commercial cyclist attracted angry youths, who caught and pounced on the two of them and immediately set them on fire after two other suspects escaped.

He said they thought their operation would be swift, but it turned out to be the end-of-the-road for them.

"They arrived on two motorcycles and the two on the passenger seat alighted and suddenly accosted the commercial cyclist trying to snatch his bike.

"He immediately screamed at the sight of a gun but in a swift reaction, irate youths trooped to the scene, chased the thieves to where they were overpowered.”

"They were beaten blue-black, which resulted in their death before they were set ablaze."

The Police spokesman in Imo State, Micheal Abbattam, when contacted said, he had not been briefed and promised to call the DPO of the area where the incident happened.