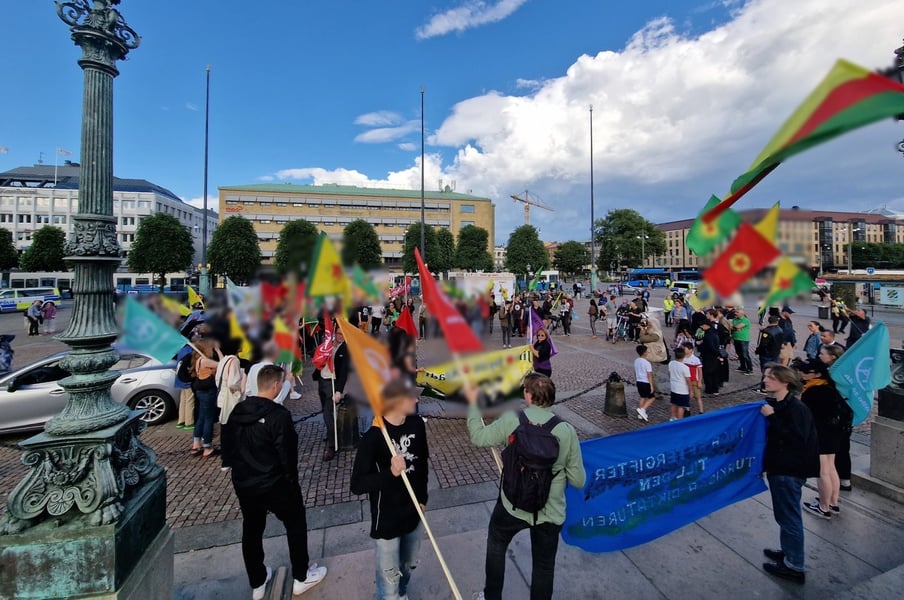 Swedish authorities have ended their probe into social media posts showing photos of the YPG/PKK terrorist group's flag and its imprisoned leader that were projected on public buildings in the country.

The Daily Sabah on Friday reports police claimed there is a lack of evidence to proceed with the investigation.

Sweden had applied for NATO membership along with Finland but the bids have faced opposition from Turkey, which has been angered by what it says is both countries' support for terrorist groups.

Turkish President, Recep Tayyip Erdoğan, had said his country will not grant membership to Sweden and Finland over their support for terrorists.

He added that Turkey had not received any responses to its demands which include stopping support for terrorist groups and extraditing terrorism suspects.