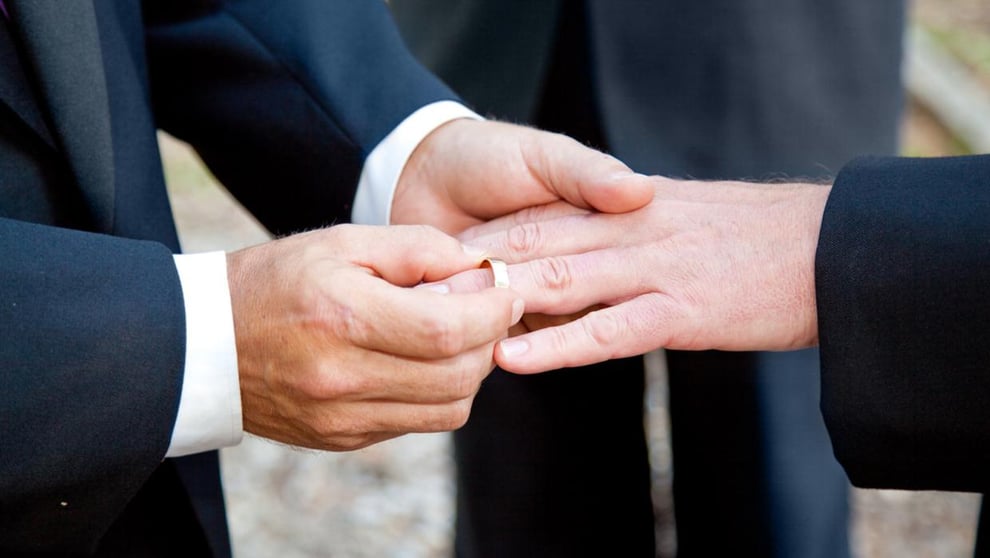 Lesbian and gay couples in Switzerland rejoiced as they legally tied the knot on Friday.

This is as same-sex couples can now legally tie the knot in Switzerland as the nation has joined many other western European countries allowing same-sex marriage.

The first same-sex marriages came about nine months after 64.1 per cent of voters backed the “Marriage for All” law in a national referendum.

It puts same-sex partners on an equal legal footing with heterosexual couples, including allowing them to adopt children together and to sponsor a spouse for citizenship.

According to the ABC news, the newly wedded couples, Aline and Laure wedded in joy, and Laure said; “It’s great joy, a super moment to put in the history books.

Aline added: “It’s true that Switzerland has been a little slow. It’s not a moment too soon, after all. Now’s the time.”