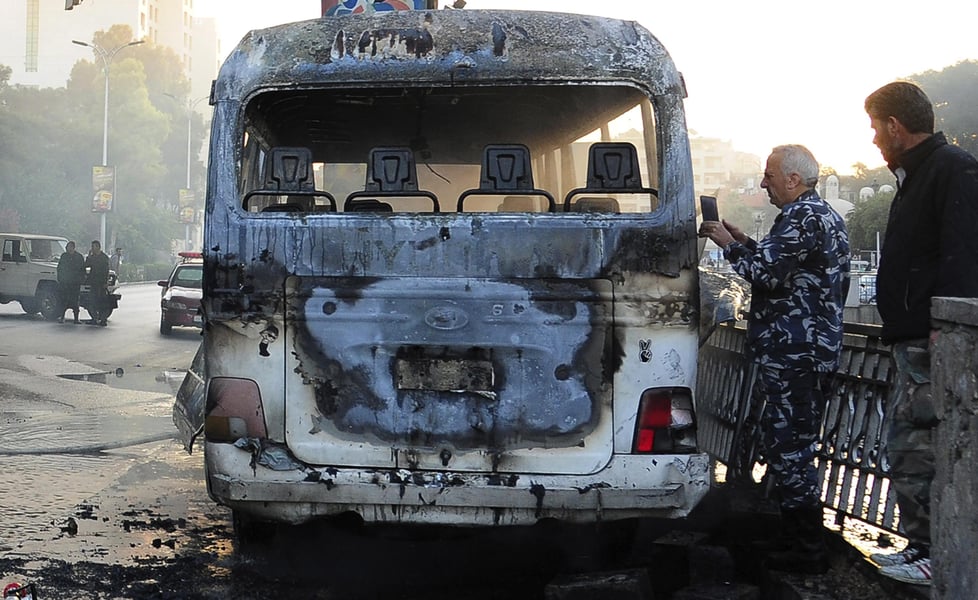 A rocket attack on a military bus has killed 10 soldiers and wounded 9 more in northwest Syria. The bus was attacked in the west of Aleppo province on Friday morning.

The country’s state news agency SANA reported that the bus was hit in the Anjara area west of Aleppo.

The attackers hit the bus with an anti-tank missile.

There was no immediate claim of responsibility for the attack, which was near the rebel-held territory close to the Turkish border.

The Syrian Observatory for Human Rights said opposition fighters carried out the attack and that the death toll would likely rise.

The UK-based Observatory reported on the conflict, using what it describes as a network of sources on all sides.

Aljazeera added that the death toll is the heaviest reported in pro-government ranks from a rebel attack since a truce agreement brokered by Russia and Turkey in March 2020.

The head of Lebanon’s heavily armed Shia movement Hezbollah, which has intervened in Syria in support of President Bashar al-Assad, offered his condolences for the dead.