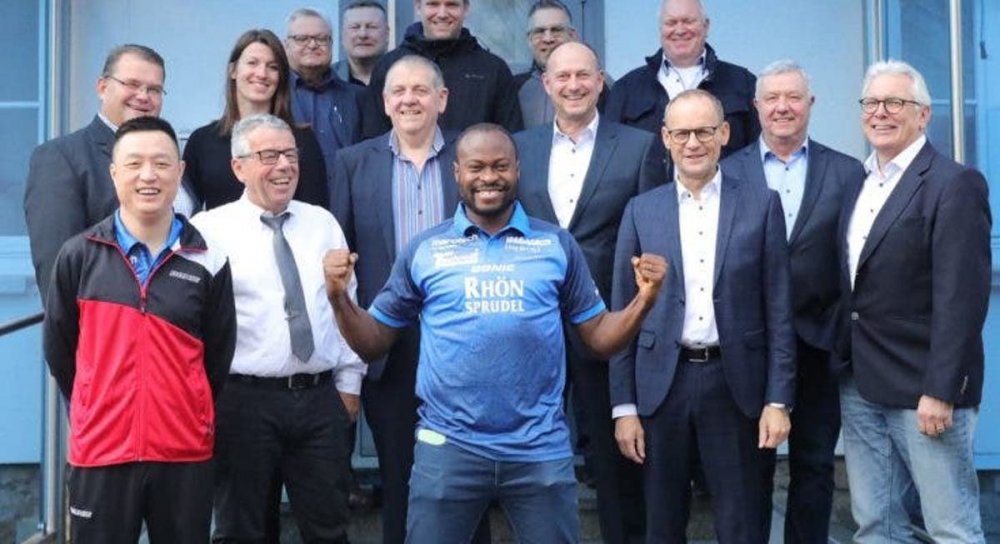 The clock has started clicking for Aruna Quadri as the Nigerian is eagerly looking forward to joining the elite players in the world for the 2020/2021 German Table Tennis Bundesliga League.

AllNews reported that after more than a decade plying his trade in the Portuguese League where he has established himself as the number one player, Quadri will in September start a new chapter in his illustrious career when he will don the colours of TC RhönSprudel Fulda-Maberzell in the German Bundesliga.

“For years many people are aware that the German league is the toughest and strongest in Europe and for myself, I have no doubt about that. I am fully aware of what I am going to be facing with the start of season 2020/21," Quadri said.

“The Portuguese league is entirely different from the German league. There is an enormous difference regarding the level.

"For me, the German league is of the highest level, while the Portuguese league is a normal one, but not too bad.

"The German Bundesliga has several players rated top 100 or even top 10 in the world.

"For this reason, the level is high and the competition is tough,” he said.

To bolster the team ahead of the new season, the management of Quadri’s club has signed Hong Kong number three Lam Siu Hang.

The central German-based team will be relying on Quadri to spearhead the squad which also has German international Ruwen Filus and German youth international Fan Bo Meng.

The Nigerian added that he is familiar with his teammates at his new club when he said: “Yes, of course! During the world tours I used to practice with Ruwen Filus for a while, he is a great player and one of the best defenders in the world.

"I also met Fan Bo Meng on world tours, he has lots of talent.

"I am certain we will all become a great family in the TTBL.

“Just like every other team, we want to be the champion.

"My goal is to be a great ambassador for my team in the league and to always give 100% for my performance,” the Oyo State-born athlete stated.

Earlier this year, Quadri signed for TC RhönSprudel Fulda-Maberzell and he will be the only African competing in the German elite league this year after Egypt’s Omar Assar quit Borussia Dusseldorf to move to France.

These Are the Most Played Games in Nigeria