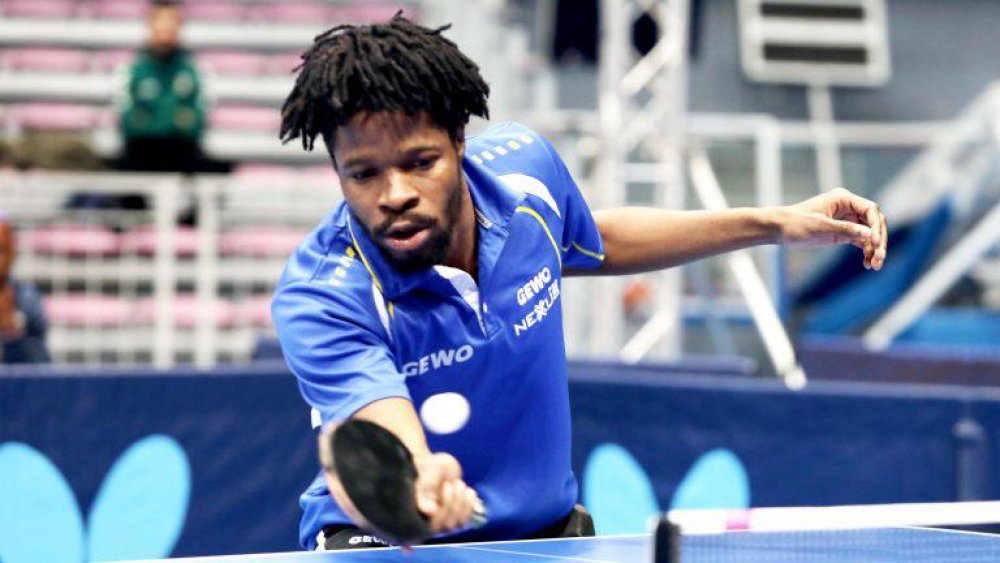 After playing for more than six years in the Italian Table Tennis Super League, 2019 African Games champion Olajide Omotayo has signed a one-year deal to join a French Pro A team, PPC Villeneuve, for the 2021/2022 season.

Announcing the signing of the 26-year-old Nigerian on its social media handle at the weekend, the club described Omotayo as a fighter who they hope would help the team to fight for the top spot in the elite French league.

The club wrote, “Olajide Omotayo from Nigeria, 26 and ranked 92 in the world will be a formidable opponent for our competitors. Little known in France, it will be interesting to follow and his fight spirit will be a quality appreciated by the public in France.”

Omotayo will be joined by other members of the team which include French junior international Jules Cavaillé and experienced Russian star Alexey Liventsov while the team will be coached by Admir Duranspahic, who replaced departing coach Lepage Cedric.

An excited Omotayo who last played for TT Genova in Italy before the COVID-19 pandemic in 2020 has described the move to France as a dream come true for him.

“This is a big move for me having played in Italy for over six years. Now I will have the chance to play against some of the best players as well as improve my game. It is the dream of every player to play in the top league in Europe and France is among the top three leagues in the world, I cannot wait to start playing because I know my game will improve and I will also have the opportunity to be exposed to top-class coaching in a good club,” he said.

The 2012 National Sports Festival gold medalist expressed appreciation to the management of PPC Villeneuve for the confidence to sign him and he promises to repay their trust with good performance in the league.

Omotayo is warming up for his maiden outing at Tokyo 2020 Olympic Games and he will join Egypt’s Omar Assar who also plies his trade in the French top league.