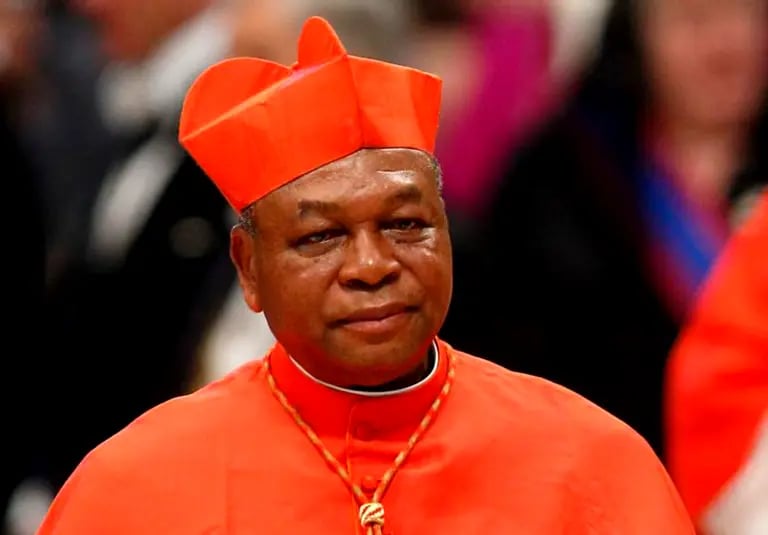 Emeritus Archbishop of Abuja, Cardinal John Onaiyekan, has called on the Federal Government to tackle the menace of abandoned street children to end the country’s security problems.

Onaiyekan made the call in Abuja on Sunday while speaking at the premiere of ‘’The Oratory’’, a movie raising awareness on the plight of street children in society.

He expressed regret that the nation had been witnessing seemingly intractable security woes as most children abandoned by their parents become easy targets for radicalisation and recruitment by terrorists.

He said:  “We have a major issue right now in the North about the Almajiri system. These are young boys mainly who have been abandoned by their respective parents. We know that many of them end up as Boko Haram terrorists.

“But this question of abandoned children is not new. It has been in the world almost from time immemorial, in this age and year 2021, there ought not to be any more children abandoned.

“Right now, where are all the criminals coming from? Go to Kuje prison and find out the ages of the people who end up in jail, those who are now insurgents and bandits.

‘’Information reaching us indicated that many of the heads of those bandits are all young people, because of the way they have been trained.

“So, the consequence of abandoning children on the streets shows immediately, and you don’t have to wait for 10 or 20 years to see the implications of not doing anything to tackle the menace of street children.

“Today, we are already facing it, and if we say that security is very difficult, this is one of the reasons. But, it is not too late, if we decide to work seriously about it.”

The Emeritus Archbishop, however, blamed northern leaders for the worsening scenario in the region, saying they ought to be more concerned about the millions of young people in the region who are out of school.

“10 years ago, these youths were children, but today they are teenagers and young men who have no skill of any sort, and they are ready to be recruited to do anything,” he added.

While stressing the need for all hands to be on deck, Onaiyekan urged the government to collaborate with the church, and parents to check the menace.

He said:  “The menace of street children concerns every part of our society, starting from the family. Even within the church, some people just feel that there are certain categories of people who don’t belong, and they look down on them.

‘’Even the priests themselves are not too sure how far we can go. Then, of course, there is the government who ought not to abandon the youth.

‘’I think the film has made the case very strongly and very clearly. These children are the future.”

In his remarks, the Executive Producer of the movie, Dr Cyril Odia, who is a Roman Catholic priest of the Salesian Order, noted that the number of out-of-school children in Nigeria was in the millions

He, therefore, explained that the movie was an attempt to call for action.

“As Salesians, we believe in faith, in action. If we don’t multiply that effect and get more partners to come on board, we can foresee that there is going to be a disaster. The more young people are increasing on the street, the more the threat of insecurity,” he stated.

According to him, the movie has received a very positive and heartwarming response from two categories of viewers.

Odia said:  “For some viewers, the positive ending of the story confirms the desire for good to always overcome evil, especially in the light of modern-day Christian persecution.

‘’For other viewers, the movie gives hope about the Catholic mission to young and poor people who often have little or no hope in politicians. Many got validation of the idea that religion has a lot of capacity to bring about social change.”