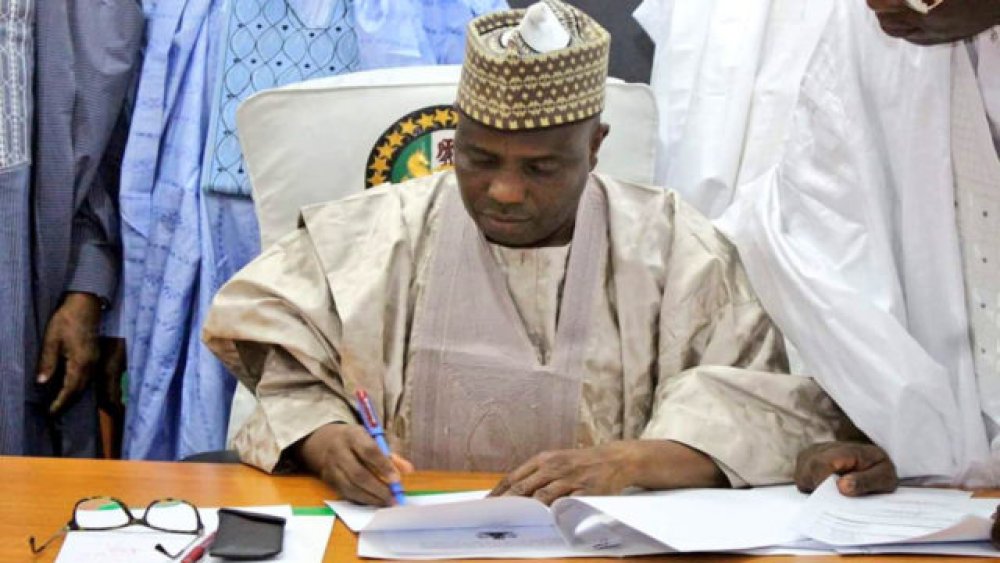 Governor Aminu Tambuwal of Sokoto State on Wednesday assented to the Financial Autonomy bills of the state Judiciary and House of Assembly.

Recall the state House of Assembly had passed the bills to the governor for assent on June 23.

President Muhammadu Buhari, had on June 8, 2018, had assented to the Constitution Fourth Alteration Bill, which grants financial autonomy and independence to states’ Houses of Assembly and the Judiciary.

By the autonomy, amounts standing to the credit of the Judiciary and Houses of Assembly, from the federation accounts, are now to be paid directly to them and no longer through the governors.

Tambuwal, while assenting to the bills, described the day as very historic in the democratic development of the state.

“Over a month, there had been the issue of financial autonomy for judiciary and legislature at the state level all over the country.

“There were unsubstantiated allegations against state governors that we do not believe in the financial autonomy of state legislature and judiciary.

“By virtue of my position as Vice Chairman of the Nigeria Governors Forum, that i not true.

“I know that all the 36 governors in the country do believe in the financial autonomy of the state judiciary and legislative arms of government,” he said.

The governor said when he was in the National Assembly, there was no Order signed by the President on the national assembly and judicial autonomy.

The governor added that the governor had no reason to oppose the autonomy of state judiciary and legislature.

“For us in Sokoto State, we have come to this level and I can assure you that no governor in Nigeria is against autonomy of judiciary and legislature,” Tambuwal said.

He congratulated the state House of Assembly and the Judiciary for the autonomy and assured that he would work closely with the two arms of government for development of the state.

He commended the governor for his sustained cooperation with the legislature.