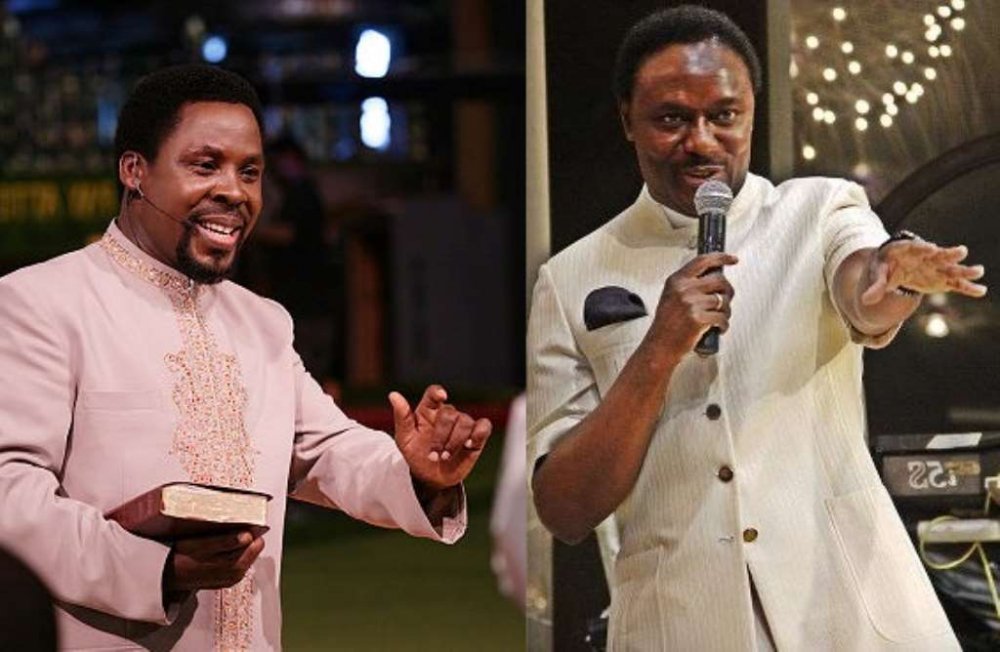 According to Okotie, Joshua was kind to the public because "he must demonstrate to people a certain philanthropic disposition".

He called Joshua 'a false prophet and sorcerer who was given an assignment by Satan'.

"He must follow the pattern of the Lord Jesus Christ in his ministry. Where his that found? Acts 10: 38. 'How God anointed Jesus of Nazareth with the Holy Ghost and with power: who went about doing good, and healing all that were oppressed of the devil; for God was with him.' That's the pattern he has to follow in his ministry. He is proactive in doing good," Okotie said in a video published on Apokalupsis’ YouTube channel on Sunday.

"The word 'good' comes from the Greek word, agathos. A better translation will be philanthropy. He was Philanthropic.

"His modus operandi would be that he must demonstrate to people a certain philanthropic disposition because he must follow the pattern of Jesus.

"That is why he targeted several people within the society.

"He had people who were building his image. Spin doctors, who would look into our society, if anybody had a problem, or he was prominent, or Joshua could use that person to authenticate the veracity of his claims, he would invite that person and be generous towards them

"It was always about something he gave because he must follow that pattern of philanthropy. Why? Because Satan imitates God."

Okotie has been a long-standing critic of Joshua and once described late Joshua as the “vicar of the devil on earth.”