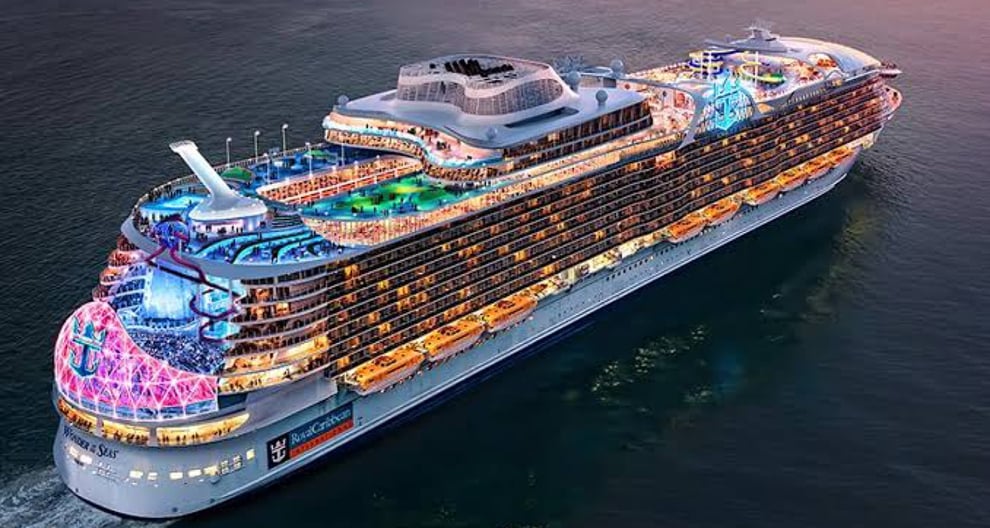 The international cruise industry has expanded rapidly in the last few years, and it showed no signs of slowing down till the coronavirus pandemic hit the world.

As more new ships enter the shipping industry, the industry becomes better equipped to provide the best vacation experiences to its guests around the world.

To accommodate the various travel preferences, the new technologically advanced cruise ships are larger, have better amenities, and are as luxurious as they can be.

The following is a list of the world's ten largest cruise ships in terms of gross tonnage and passenger capacity in 2022. 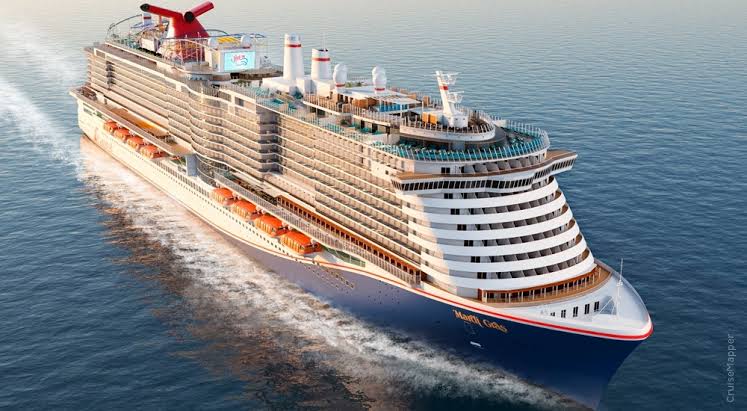 It was delivered in December 2020 after being built by Meuer Turku Shipyard during the pandemic.

The ship has a pandemic-prevention plan in place, as well as a cutting-edge medical centre for testing and caring for passengers in need. It will carry a total of 1745 officers and crew, with a maximum capacity of 6630 passengers.

Mardi Grass is a nod to the company's first cruise ship, TSS Mardi Gras, which debuted in 1972. 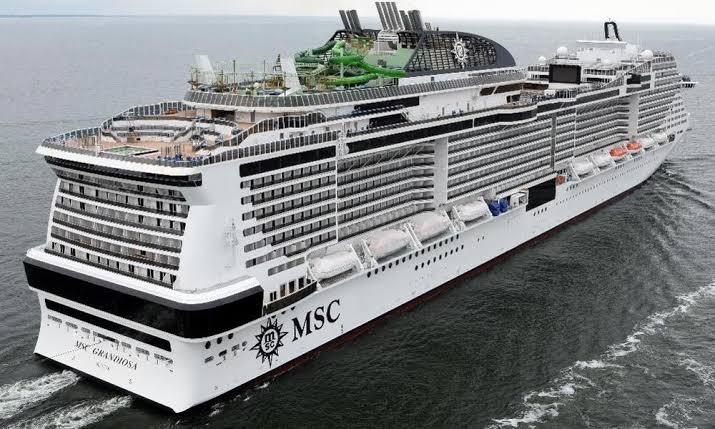 It is operated by MSC Cruises, and it is 331 meters long (16 meters longer than MSC Meraviglia).

MSC Grandiosa resumed service in the Mediterranean route from Genova on January 24, 2021. 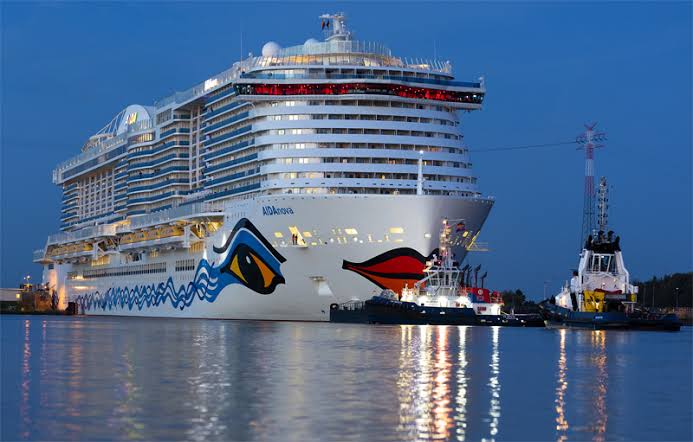 AIDAnova by AIDA Cruises is the world's first cruise ship that can be powered by liquefied natural gas both at sea and in port (LNG). It is currently the world's eighth-largest ship.

Following AIDAnova, Carnival Corporation has placed an order for ten next-generation "green" cruise ships that will be powered by LNG in port and at sea, with delivery dates ranging from 2019 to 2025, putting it at the forefront of the cruise industry's use of LNG to power cruise ships. 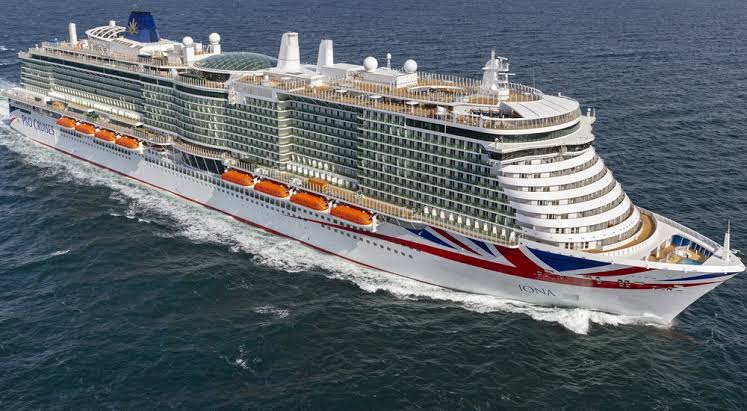 P&O Cruises' Iona, another LNG-powered cruise ship, was scheduled to enter service in May 2020.

However, due to the Coronavirus pandemic, its delivery was delayed, and the P&O cruise received it only in October 2020.

Lona is the largest cruise ship ever built for a British cruise line and the seventh largest in the world. It is 345 meters long and has 17 passenger decks. 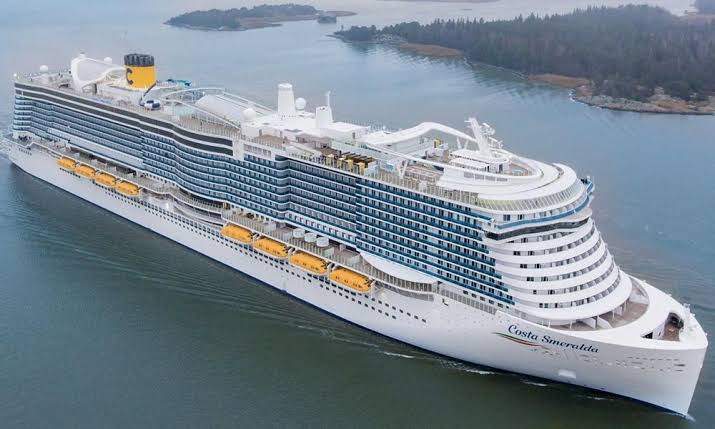 She sailed for the first time in December 2019 and is currently operating in the Mediterranean Sea.

The ship is outfitted with various sustainable technologies, transforming it into a "Smart floating City" that provides luxury to its passengers while also assisting the environment in reducing its carbon footprint.

It runs on Liquefied Natural Gas (LNG). This is one of the ships that arrived shortly before the outbreak of the COVID-19 pandemic.

5. Oasis Of The Seas 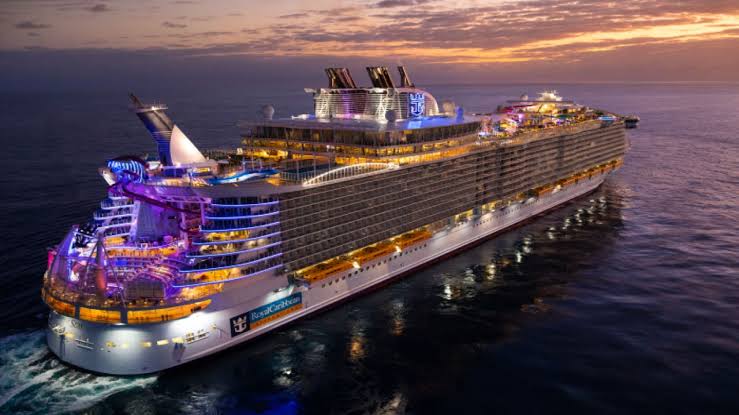 Oasis of the Seas, the first vessel in Royal Caribbean's Oasis-class cruise ships, was the largest cruise ship when it entered service in 2009.

The vessel was ordered in February 2006 and launched from STX Europe's Turku Shipyard in 2008, marking the introduction of new-class vessels into Royal Caribbean International's fleet.

The vessel's 16-passenger decks can accommodate 5,400 passengers at double occupancy and a maximum of 6,296 passengers.

For its guests, the Oasis of the Seas offers two-story loft suites and luxury suites with balconies.

Oasis of the Seas features an outdoor Aqua Theater, one of the industry's firsts.

An open-air corridor ran the length of the ship and a Central Park filled with eateries.

The glass-covered Solarium with pool, surf simulators, Zipline, and rock-climbing walls are also among the best entertainment options on the cruise ship.

At the same time, the sports facilities include five swimming pools, as well as volleyball and basketball courts.

4. Allure Of The Seas 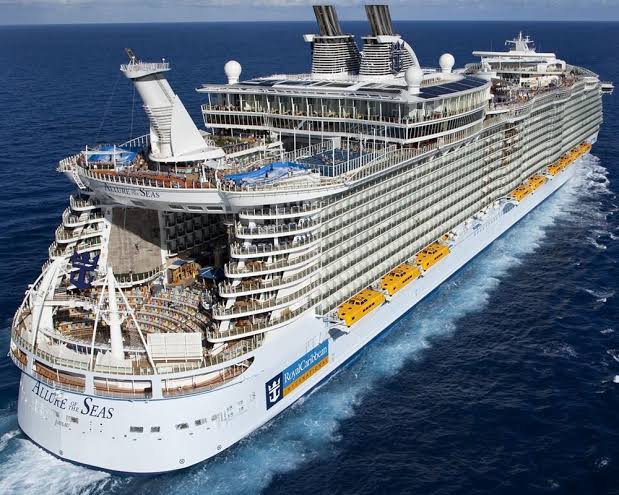 The allure of the Seas, a 362m-long Oasis-class cruise ship, ranks fourth after her sister ship on the list.

The allure of the Seas is the second Royal Caribbean cruise ship in the Oasis-class series, built at the STX Europe shipyards in Turku, Finland.

She was once the largest passenger ship in service.

The allure of the Seas, which was delivered in October 2010, can accommodate 5,400 passengers at double occupancy.

The luxurious cruise ship has a two-deck dance hall, a 1,380-seat theatre, an ice skating rink, a concierge club and spa, and fitness facilities, among other amenities.

There are also 25 dining options on board, including the first Starbucks coffee shop at sea.

A state-of-the-art Fitness Center with classes like yoga and tai chi, as well as several whirlpools, including those overlooking the ocean, enhance the Allure of the Seas vacation experience.

The ship was also extensively repaired in drydock.

3. Harmony Of The Seas 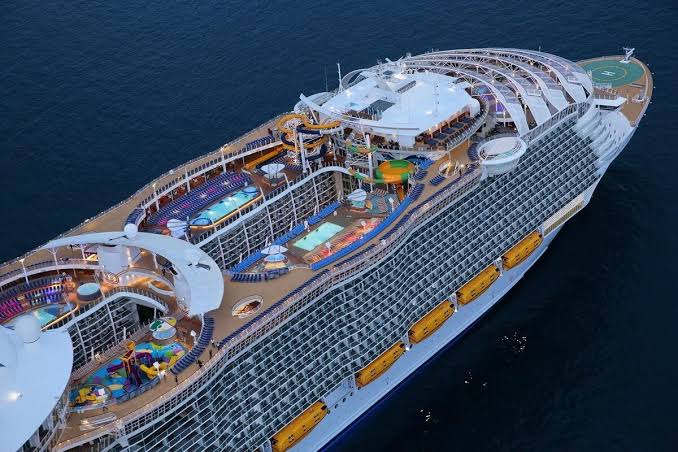 Harmony of the Seas, a Royal Caribbean Oasis-Class ship, follows closely behind her sister ship. It was built at STX France's shipyard in Saint-Nazaire.

As the third vessel in the "Oasis-Class" series, it was delivered in May 2016.

This vessel can accommodate 5,479 guests at double occupancy and has 2,747 staterooms with virtual balconies.

Harmony of the Seas, like its sister ships, includes all of Royal Caribbean's exclusive features, such as Central Park, Vitality at Sea Spa and Fitness Centre, Boardwalk, the Royal Promenade, and Entertainment Place.

2. Symphony Of The Seas 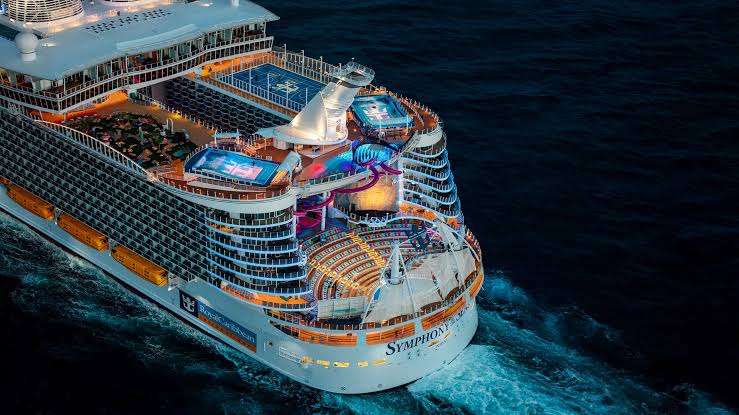 The Symphony of the Seas is the world's second-largest cruise ship. She was first until she was surpassed by her sister's ship, "Wonder of the Sea."

Symphony of the Seas is the ultimate family vacation destination, with an exciting lineup of adrenaline-pumping activities.

This cruise ship allows you to compete in glow-in-the-dark laser tag, take the plunge down the Ultimate Abyss - the tallest slide at sea, towering ten stories high - or soak up some sun after getting soaked on epic waterslides and FlowRider surf simulators.

In April 2018, the second-largest cruise ship was delivered.

1. Wonder Of The Seas 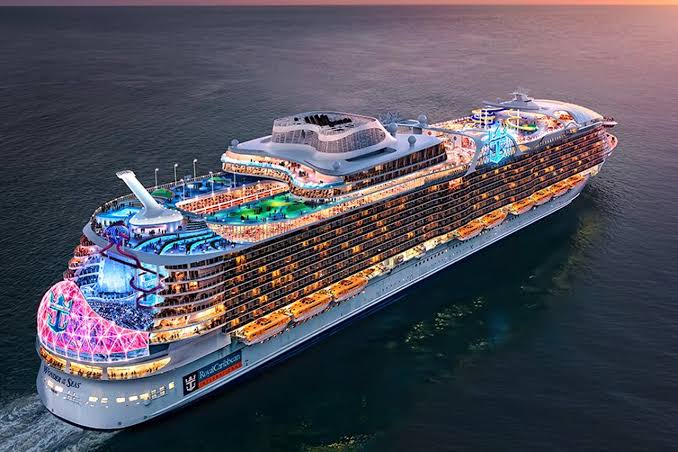 The Royal Caribbean International-owned Wonder of the Seas is the world's largest cruise ship. It arrived in January 2022.

The 1,188-foot-long vessel will go into service in March 2022. It is the fifth cruise ship in Royal Caribbean's Oasis class.

This floating civilization has a capacity of 6,988 passengers and 2,300 crew members.

The marvel of the seas is outfitted with four bow thrusters, each with 7500 Horsepower. This ship can cruise at speeds of up to 22 knots.

The wonder of the seas is built differently than her sister ships, boasting a suite neighbourhood, completely redesigned pool decks, and even an all-new Aquatheatre.

Ten Most Controversial Statues In The World

Ten Most Controversial Statues In The World