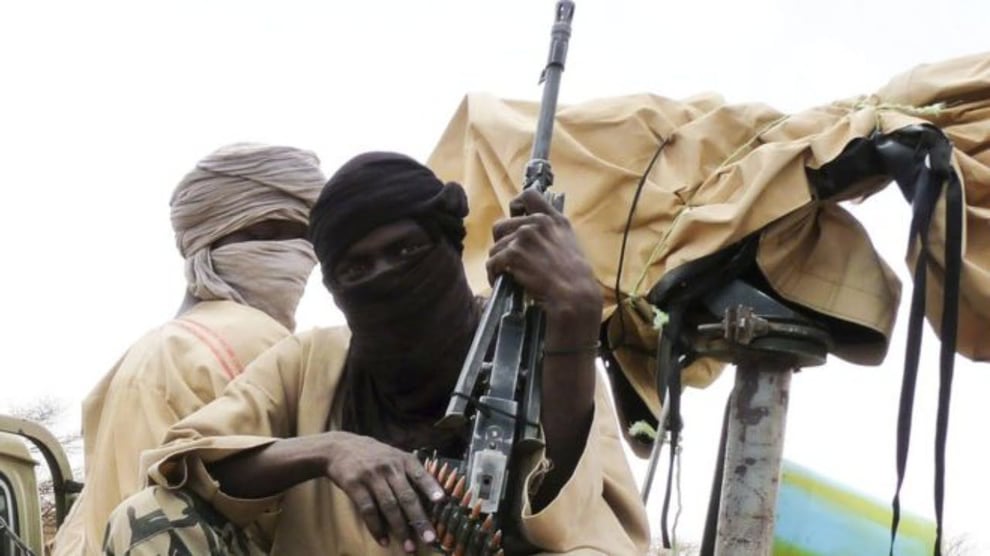 A  new wave of tension is rapidly mounting in Benue State following the invasion of the palace of the royal father of Ikpomilokpo and the killing of his brother, and abduction of his sister by yet-to-be-identified gunmen suspected to be armed herdsmen.

The brutal attack, believed to have been spearheaded by a community member who used a face mask to hide his identity, has left the acting Clan Head of Ikpomilokpo in Ado Local Government Area of Benue State, Chief Paul Oche, in tears.

The acting clan head who is barely two months old on the throne was on an official assignment when the gunmen stormed the palace, killed his twin brother, and took away his elder sister around 2.00 am.

"The invaders tried to force open the entrance door of my residence and palace but when they could not, they used their weapons to bring down the door. They got in and started asking for my mother.

"But miraculously, she was able to escape from there as she ran out of the house and scaled the fence. That was how she escaped.

"They entered my brother’s room, his name is Thompson Oche. They dragged him out and started asking him about the whereabouts of our mother.

"He directed them to our mother’s room. When they got there and our mother was not there, they confronted him again about her whereabouts.

"He told them that he had no idea of her whereabouts. They beat him thoroughly after which they shot him dead. After that, they went to my elder sister’s room; her name is Rose Oche. They dragged her out and gave her the beating of her life before taking her away.

“Based on the account and description I was given by an eyewitness, four gunmen, who were decked like herdsmen, came inside the palace while one young man, who is suspected to be a local, masked himself, apparently to avoid being recognised. He spoke the Idoma language while the invaders spoke English with a Fulani accent.

"Our neighbours, who were in their rooms and witnessed what was happening, said three of the assailants were actually waiting and shooting sporadically outside while my siblings said four were with them inside.

"So, on the whole, there were seven of them who carried out the attack. My suspicion is that the person putting on the mask was of average height and a little chubby, came from within, while the others were Fulani herdsmen.

The sad in incident has not gone down well with the youths of Ikpomilokpo community as they have threatened to deal decisively with anyone who might have been directly or remotely involved in the incident.

One of the youths who spoke on condition of anonymity said: “We have no problem with any Fulani person and we, therefore, do not understand why they would come and attack our chief, kill his brother and take away his elder sister.

"It is a big slap and an insult. We will not allow this to go unchecked. We demand the release of our kidnapped sister and the arrest of those behind the attack.

"As for the young mole who obviously led them to the palace, he will certainly be made to pay for what he did to his own people.”

The Ado Local Government Council Chairman, Chief James Oche, who led members of his administration and security personnel on condolence and a fact-finding visit to the family, has appealed for calm and assured the people that the government was on top of the situation.

“I came to condole the family and also assure them that the government is collaborating with all the security agencies and in no time by the grace of God the matter will be rested.

"It is a security matter and at this stage, I wouldn’t want to say much but to reassure the people that government is on top of the situation.

"Governor Samuel Ortom and his deputy governor have not been resting since the sad incident happened and we are doing our best to ensure that peace returns to the community within a short time.

“Yesterday, I was with the Force Commander of ‘Operation Whirl Stroke’ and they are all committed to ensuring that Ado LGA is safe.

"As I said, it is a security matter and I would not want to say much but I can assure you that we shall overcome this challenge", he said.