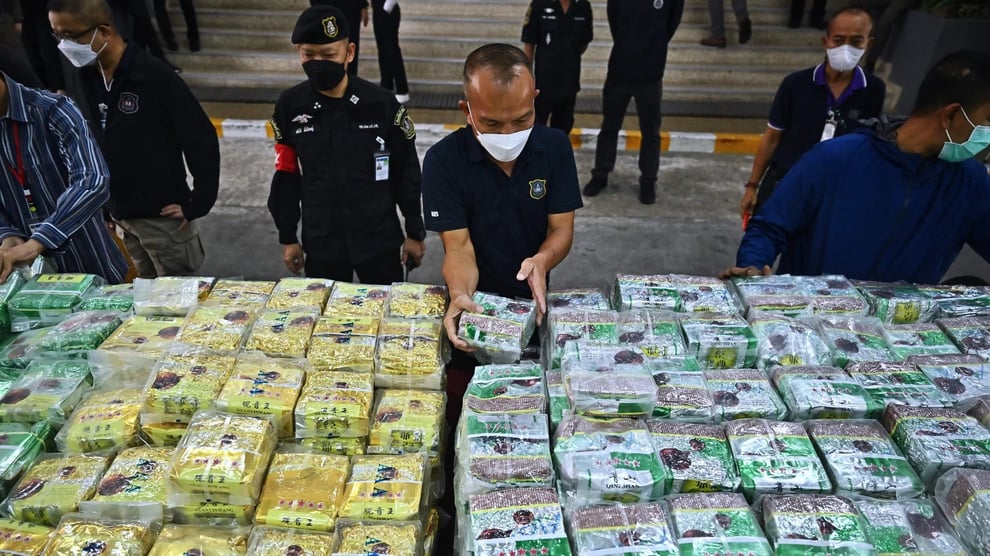 Police in Thailand have seized more than one tonne of methamphetamine in less than a week amid a surge in narcotics trafficking in the country.

The narcotics was uncovered in a series of drug busts in the north and south of the country and 10 people have been arrested.

The Narcotics Suppression Bureau said in a statement on Tuesday that the 1.145 tonnes of crystal meth – smuggled inside tea and coffee packages and hidden in secret compartments of vehicles – was being transported from Thailand’s north and northeastern region to border areas in the south of the country for onward shipment.

Chinnapat Sarasin, the Deputy Commissioner General of the Royal Thai Police also said; “We have seized narcotics, crystal methamphetamine, amounting to more than 1.1 tonnes from all of the total confiscated objects.”

According to anti-narcotics experts, the drug trade in the Golden Triangle – where the jungle borders of Thailand, Laos and Myanmar meet has surged.

Earlier this month, the Thai military said it had killed five suspected drug traffickers and recovered almost 500,000 methamphetamine pills following a clash near the Golden Triangle.