The Bills We Will Pass in 2021 – Gbajabiamila 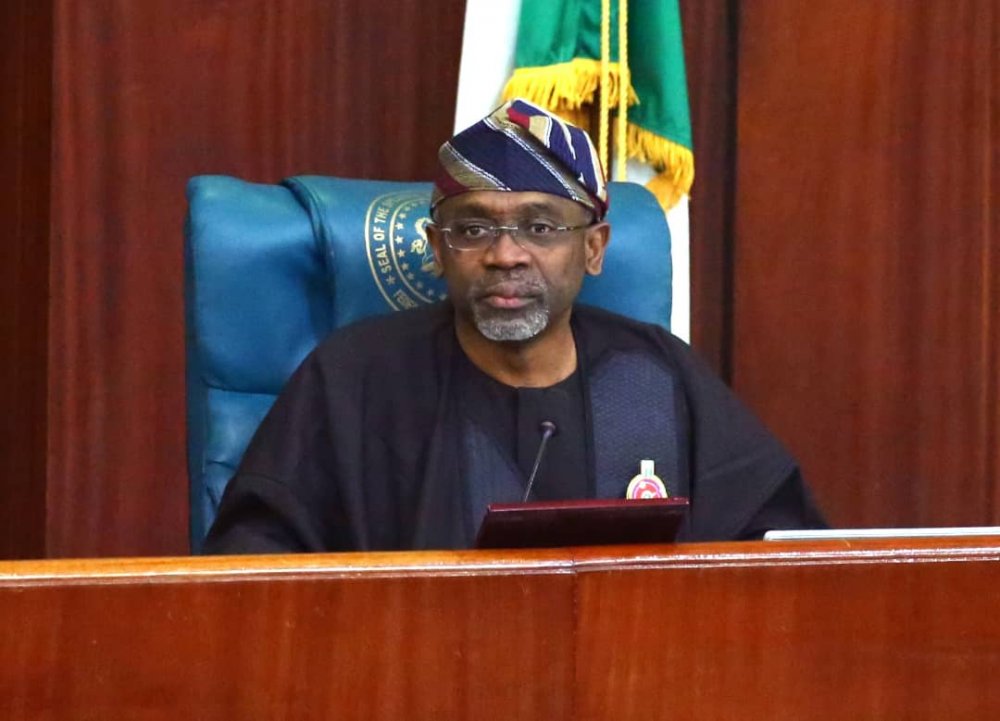 The Speaker of the House of Representatives, Femi Gbajabiamila, has disclosed that the Green Chamber would pay more attention to bills and motions that would improve the ease of doing business in Nigeria as well as unlock economic potentials.

Welcoming his colleagues in an address from the Christmas and New Year break during the resumption of plenary on Wednesday, Gbajabiamila said the House would make frantic efforts to surpass its achievements of last year.

He noted that though the Legislature does not have the control of the various security agencies, it would ensure the use of its appropriation powers to hold those responsible accountable as well as continue to collaborate with the executive arm to improve the security situation in the country.

“In the 2021 legislative year, we will focus the attention of the House of Representatives on bills and motions that improve ease of doing business and unlock economic potential by stripping away restrictive regulation and ending predatory regulatory practices that deprive our young people the opportunity to conquer new frontiers.

“In this age of technology and innovation, of daring and enterprise, we cannot risk implementing policies that handicap our ability as a nation to participate in new markets and profit from emerging industries,” the Speaker said.

He went further to add that, “the true test of government is in our ability to protect the most vulnerable amongst us. We cannot separate the goal of economic prosperity from the ambition to ensure that all our people live in a just society free from abuse of power and protected by a justice system built on fairness and the rule of law.

“Therefore, we will shortly begin considering Bills to amend the Administration of Criminal Justice Act. We will follow up with a long-overdue review of the Trafficking In Persons (Prohibition) Enforcement And Administration Act and other legislation that seek to deliver a justice system that works for all.”

He explained that the constitution vested the responsibility of security and welfare of the people on all those that have sworn to serve in government.

He said, “Every time a citizen going about their business is killed or kidnapped, loses their property or livelihood, we have failed in our obligation.

“From the abundance of these failures has emerged a culture of self-help in matters of internal security that portends grave danger for our nation’s continued existence.”

Gbajabiamila, then called on Nigerians from all walks of life to pull differences that exist among them aside and embrace to face the challenges facing the country.

“If ever there was a time for us to put aside all other considerations, especially the petty concerns of partisanship and politics, it is now.

“If ever there was a time to set aside our differences of tribe and religion to focus on a concerted effort to defeat the challenges of insurgency and banditry, communal violence, and the violent struggle over land, that time is now.

“The forces that threaten our lives and property, our sovereignty and nationhood, do not make any exceptions based on the God we pray to or the language of our native tongue.”

He noted that the House commenced the new year with renewed commitment to legislative action, driving the course of progress and bringing the House closer to achieving the highest aspiration it holds for the nation.

The Speaker said, “we remain dedicated to the lofty, yet clear ambitions we articulated in our Legislative Agenda when we resumed in the 9th Assembly.”

He added that despite the challenges that the Green Chamber faced last year, it was able to pass meaningful and potentially transformative legislation such as the Nigerian Police Act (Repeal and Re-enactment) Bill, the Electricity Power Sector Reform Act (Amendment) Bill, Physically-Challenged (Empowerment) Bill, Deep Offshore and Inland Basin Production Sharing Contracts Act (Amendment) Bill, and the Companies and Allied Matters Act, and many others.

Considering current realities, Gbajabiamila urged members of the Lower Chamber to be careful in coming up with bills that seek to establish new institutions.

“At a time of reduced revenue, with preexisting and worsening infrastructure deficits requiring significant investments, we cannot afford to keep establishing more institutions that impose a permanent liability on government income. I am not unmindful of the realities that often necessitate such legislation, yet we cannot ignore the facts that lie before us.”